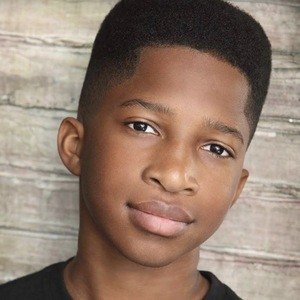 American television actor who is best known for having been cast in the 2019 reboot of the popular nickelodeon series All That. He is also known for his career in theater and has appeared in productions of A Raisin in the Sun and Richard III.

He first started his career as an actor in 2017 when he played the role of Stuart in the Indianapolis Repertory Production of Stuart Little. He gained further attention in the Spring on 2017 when he starred as the Duke of York in a production of William Shakespeare's Richard III.

He appeared as a guest on The Today Show in May of 2019 where he discussed his upcoming premiere on All That.

He was born and raised in Indianapolis.

He starred as Peyton Manning's nemesis in the AT&T Direct TV commercial series.