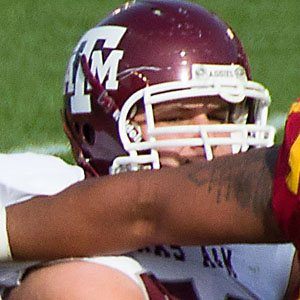 Offensive tackle who was drafted 2nd overall by the Jacksonville Jaguars in 2013.

He was named the #5 offensive tackle prospect in the country after a stellar career at Arlington High School.

He was a Unanimous All-American and Outland Trophy winner after his 2012 season at Texas A&M University.

He protected Johnny Manziel during his 2012 Heisman winning season at Texas A&M.