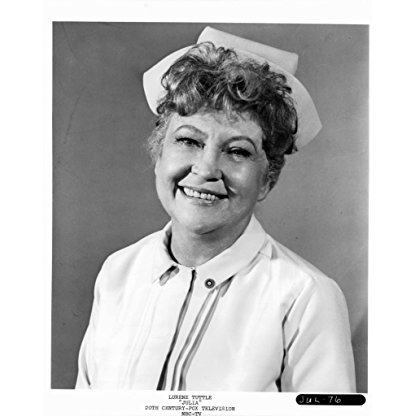 Lurene Tuttle was born on August 29, 1907 in  Pleasant Lake, Indiana, United States, is Actress. Quite a familiar lady and notorious busybody on 1950s and '60s TV and film, petite, red-headed character actress Lurene Tuttle was born in Pleasant Lake, Indiana and raised on a ranch close to the Arizona border. Her father, O.V. Tuttle, started out as a performer in minstrels but found a job as a railroad station agent when times got hard. Her grandfather was a drama teacher and managed an opera house at one time in Angola, Indiana. As a child, she studied acting in Phoenix and was known for her scene-stealing comedy antics even at that early age.At age 15, the family relocated to Monrovia, California, and it was here that Tuttle began her career. She received dramatic training at the Pasadena Playhouse and appeared in many of their productions including "The Playboy of the Western World." She subsequently became a troupe member of Murphy's Comedians, a vaudeville company, and then eventually extended her range as a dramatic ingénue in stock shows. Although making it to Broadway somehow slipped through her fingers, Tuttle worked on stage consistently throughout the 1920s and 1930s. Known for her fine speaking voice and mastery of a wide range of dialects, she found a new avenue in radio during the Depression and became one of that medium's most recognized voices playing both sweet and sour characters. Dubbed the "First Lady of Radio," her best-remembered role came as Effie, the altruistic "Girl Friday," on "The Adventures of Sam Spade" opposite Howard Duff's cynical-edged gumshoe. Red Skelton also admired her versatility and used her frequently in a variety of parts on his radio show.Film and TV presented itself to her strongly in the 1950s, by this time fitting in comfortably whether a warm and wise wife and mother or brittle matron. Following her film debut in Heaven Only Knows (1947), Tuttle lent able support alongside film's top stars including Cary Grant in Mr. Blandings Builds His Dream House (1948) and Room for One More (1952); Marilyn Monroe in Don't Bother to Knock (1952) and Niagara (1953); Joan Crawford in Goodbye, My Fancy (1951); Leslie Caron in The Glass Slipper (1955) and even Liberace when he tried to go legit in Sincerely Yours (1955). It was a rare occasion, however, when she was given a chance to truly shine in a prime supporting role. She could always be counted on to steal a bit of focus with just a sly grin or cynical look as she did playing the brief part of the sheriff's wife in Alfred Hitchcock's horror classic Psycho (1960). One of those rare exceptions when Tuttle actually top-lined a film came with her crazed portrayal of the title character in Ma Barker's Killer Brood (1960). Here Tuttle pulled out all the stops in this admittedly fictional "B" crimer, going totally ballistic as the Ozark matriarch who, along with her boys, sets people on fire, runs over cops, and tommyguns her way into infamy. On the small screen, Tuttle was an amusing regular in a plethora of sitcoms, playing starchy relatives or gossipy townfolk. Most audiences remember her quite fondly as the matriarch in Life with Father (1953) opposite Leon Ames and as the crusty senior nurse on the Diahann Carroll series Julia (1968). She and Ames took the play "Life with Father" on the road several times after the series' demise.Off-stage, Tuttle was married to fellow actor and announcer Mel Ruick whose paths initially crossed while both were performing in radio. Their daughter was musical comedy actress Barbara Ruick, best known for playing Carrie Pipperidge in the classic film musical Carousel (1956). The couple eventually divorced, and Tuttle wed again but the marriage was short-lived. Tragically, her only child, who was married to epic film composer John Williams of "Star Wars" fame, died unexpectedly in 1974.Tuttle was a well-respected drama and diction coach for several decades. She began teaching radio technique in the 1940s and re-trained some prominent actors who were returning from extensive WWII duty. Following a lengthy departure in the 1950s due to TV commitments, she returned to teaching acting almost to the end. Some of her more famous students included Red Skelton, Orson Welles, Milton Berle, Steve Allen and Jayne Meadows. She lived out the rest of her life in Southern California and succumbed to cancer at age 78. In addition to her famous son-in-law, she was survived by her three grandchildren: Jennifer Gruska, a story editor; Mark Towner Williams, a drummer; and Joseph Williams, a composer and singer.
Lurene Tuttle is a member of Actress 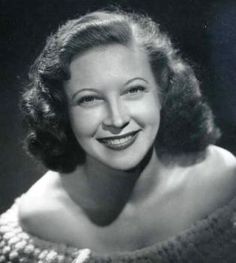 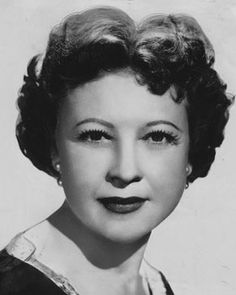 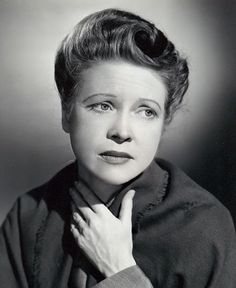 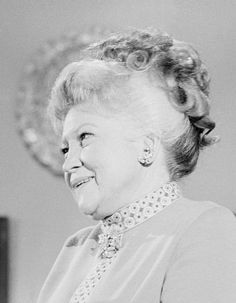 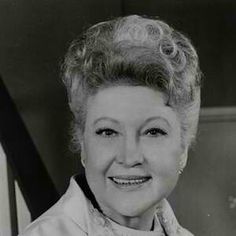 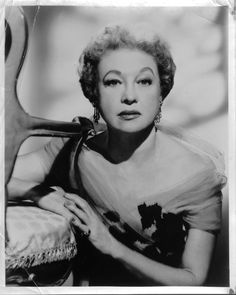 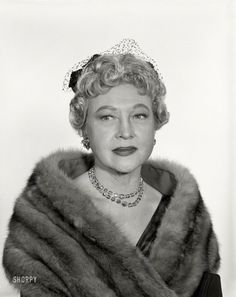 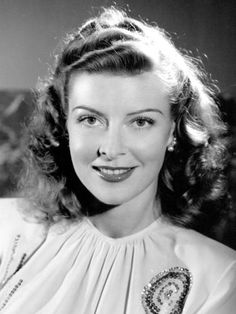 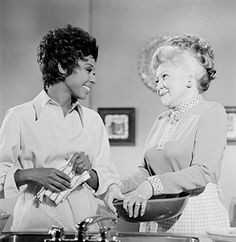 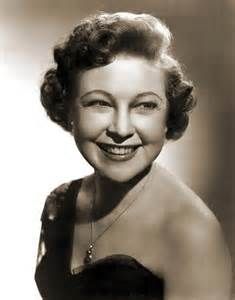 Tuttle was born August 29, 1907, at Pleasant Lake, Indiana, into a family with strong ties to entertainment. Her father, O.V. Tuttle, had been a performer in minstrel shows before becoming a station agent for a railroad. Her grandfather, Frank Tuttle, managed an opera house and taught drama. She discovered her own knack for acting after moving with her family to Glendale, Arizona. She later credited a drama coach there for "making me aware of life as it really is—by making me study life in real situations."

Tuttle had a hobby of collecting toy dogs. A 1930 newspaper article reported, "Her dressing room shelf is filled with more than 200 miniature replicas of every variety of dog known."

Tuttle's radio debut came in 1936 when she appeared on Hollywood Hotel with Dick Powell. Despite having never performed before a microphone, Tuttle's audition won her a three-year contract with the program.

Tuttle played the swallow in "The Happy Prince", an adaption of Oscar Wilde's short story with Orson Welles and Bing Crosby (1946). The story had earlier been adapted for radio by Orson Welles in 1944, featuring a musical score by Bernard Herrmann. It aired on the Philco Radio Hall of Fame broadcast on December 24, 1944 with Lureen Tuttle playing The Swallow and featuring Bing Crosby alongside Orson Welles, with Herrmann's music conducted by Victor Young.

Heaven Only Knows (1947) was her first film. She went on to roles in other films such as Orson Welles's Macbeth (1948), Mr. Blandings Builds His Dream House (1948) and Alfred Hitchcock's Psycho (1960), as the wife of Sheriff Chambers. In Don't Bother to Knock (1952) she portrayed a mother who lets a disturbed Marilyn Monroe babysit her daughter. The next year she appeared again with Marilyn in Niagara, as Mrs. Kettering. She had a rare starring role in Ma Barker's Killer Brood (1960). She played Grandma Pusser in the original Walking Tall film trilogy, and also appeared in horror films such as The Manitou (1978), starring Tony Curtis. Her final film role was in the 1983 film Testament.

Tuttle married Melville Ruick, an actor whom she had met during her radio years; the couple had a daughter, Barbara Ruick,. Tuttle and Ruick eventually divorced. She married Frederick W. Cole, an Engineer, on November 27, 1950 in Pasadena, California; she sued him for divorce on January 4, 1956.

In 1958 and 1959, she was cast in two episodes as Gladys Purvis, the mother of series character Kate McCoy, played by Kathleen Nolan, in the ABC sitcom, The Real McCoys, with Walter Brennan and Richard Crenna. She appeared twice on the NBC western series The Californians, once as Belle Calhoun in "Skeleton in the Closet" (1958) and then as Maude Sorel in "The Painted Lady" (1959). She guest-starred with Andrew Duggan in his crime series, Bourbon Street Beat.

Tuttle has two stars on the Hollywood Walk of Fame – "Star of Radio" at 1760 Vine Street and "Star of Television" at 7011 Hollywood Boulevard. Both stars were dedicated February 8, 1960.

Tuttle was cast as Mrs. Grange in the 1963 episode "The Risk" on the NBC drama series Mr. Novak, starring James Franciscus as an idealistic high school Teacher in Los Angeles. She later appeared on the popular 1960s sitcoms I Dream of Jeannie, The Munsters," and "Petticoat Junction".

Tuttle's best-known role to the general public was in 32 episodes of the NBC series Julia (1968–1971) as the humorless but warm-hearted Hannah Yarby.

In 1972, she appeared as Bella Swann, on the season three episode, "Farmer Ted and the News" on The Mary Tyler Moore Show.

In 1980, Tuttle appeared as Mrs. McIntyre in the television movie, White Mama, with Bette Davis. From 1981 to 1984, Tuttle appeared six times on the CBS medical drama series Trapper John, M.D..

Tuttle died from cancer May 28, 1986, at Encino Hospital. She was survived by a granddaughter, two grandsons, and a great-granddaughter. Memorial services were held June 2, 1986, at Church of the Recessional at Forest Lawn Memorial Park, Glendale.

In 1985, Tuttle appeared in episode 25 ("Murder in the Afternoon") of "Murder, She Wrote", playing the character Agnes Cochran, Jessica Fletcher's aunt. The episode first aired 10/13/85. [The Unofficial Murder She Wrote Casebook by James Robert Parish.]

She became a respected acting coach and teacher—something she had always done, even at the height of her acting career (she often re-trained radio actors who had been away from the craft during Service in World War II).