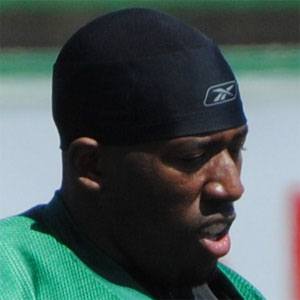 CFL defensive lineman who made his professional debut in 2003 for the Saskatchewan Roughriders.

He helped lead the Roughriders to the 95th Grey Cup title.

He was born in Indianapolis, Indiana.

He is one of a handful of Eastern Kentucky players to play professionally, along with Danny Copeland.