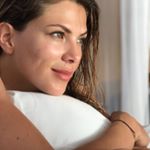 Actress and model who is known for her appearances on Colombian soap operas. She has appeared on the networks Telemundo, Televisa, and RCN.

She studied at the School of Presentation in Pitalita, Colombia. She then went on to study at Julio Cesar Luna's school for acting and voice over training. She began doing voice overs for commercials at age 16.

In 2005, she joined the cast of the RCN soap opera Los Reyes. During the same year, she was chosen, for the first time, as among the Most Beautiful Women in Colombian Teleivision by the magazine TV y Novelas.

She was born and raised on a farm in Pitalita, Colombia. In 2013, she married Argentine actor Michel Brown.

In 2010, she starred alongside Luciano D'Alessandro in the Carcoal TV-produced soap opera Secretos de Familia.