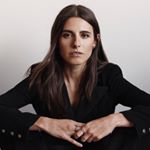 Actress best known for her portrayal of Jules Langmore on the Bravo original series Imposters.

She graduated from Juilliard School of Drama in 2016.

In 2017, she made her feature film debut as Cassandra in the thriller Gemini.

She has lived in New York City.

On Bravo's Imposters, she stars opposite Brian Benben.