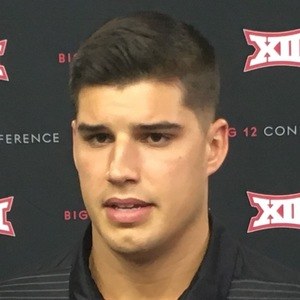 He was selected by the Pittsburgh Steelers in the third round of the 2018 NFL Draft.

His father, Brett Rudolph, played football for North Carolina in the 1980s and his mother, Jamie, studied social work at James Madison University. His brother, Logan, also played football.  He has an adopted sister named Dasha.

He became teammates with Joshua Dobbs in 2018.