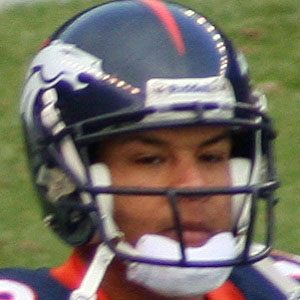 NFL wide receiver who played for the Denver Broncos from 2008 to 2012.

He played college football at UCLA where he also studied sociology.

He went undrafted in 2011 but was signed by the Baltimore Ravens.

He was born and raised in Dallas, Texas.

He became teammates with fellow wide receiver Eric Decker on the Denver Broncos.