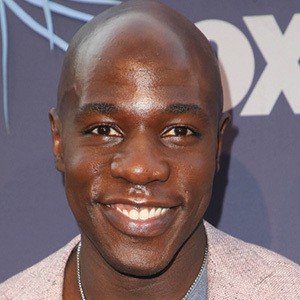 Actor most famous for his roles as Samuel Diggs on Mercy Street, Trevor Evans on Ozark and Anthony Carter The Passage. His film works includes Go for Sisters (2013), Mapplethorpe (2018) and Trial By Fire (2018).

He graduated from Campbell High School in Smyrna, Georgia. He later won awards as a member of the debate team at Belmont University.

He won a Drama Desk Award for his performance in the stage play The Royale in 2016.

His parents are McKinley Belcher Jr. and Pamela McGhee Belcher.

He co-starred with Jason Bateman on Ozark.