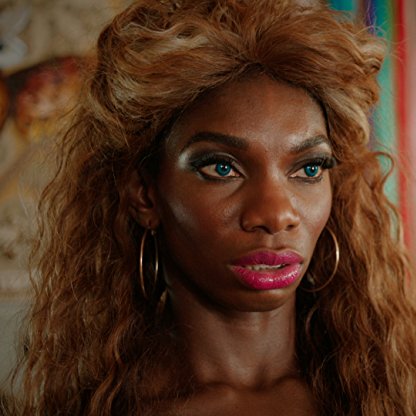 Michaela Coel was born on October 01, 1987, is Actress, Writer, Composer. Michaela was born on October 1st 1987 as Michaela Boakye-Collinson to Ghanaian parents and brought up in Tower Hamlets by her mother, a devout member of the Pentecostal church who instilled her religion into Michaela and her sister - something that she would later draw on for her play 'Chewing Gum Dreams. ' Already a poet and performance artist , releasing the album 'Fixing Barbie' in 2009, she obtained a 2.1 in English at university before enrolling at the Guildhall School of Music and Drama, where she was awarded the Laurence Olivier bursary, graduating in 2012. In 2013 she made her stage debut at the Bush Theatre, where she would perform 'Chewing Gum Dreams', later in the year transferring to the National Theatre, where she would return in 2014 to appear in 'Medea' with Helen McCrory. In 2015 a sitcom based on 'Chewing Gum Dreams', its title shortened to 'Chewing Gum' began its run on Channel 4 television and in 2016 she was back on that channel in another comedy-drama 'The Aliens'.
Michaela Coel is a member of Actress 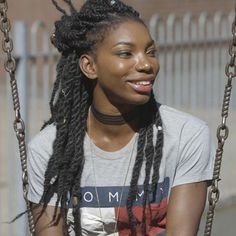 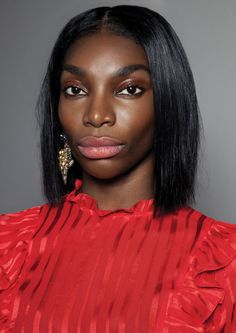 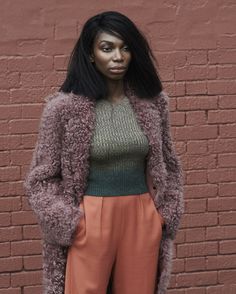 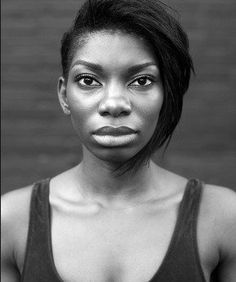 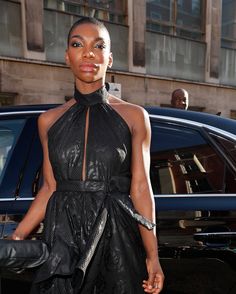 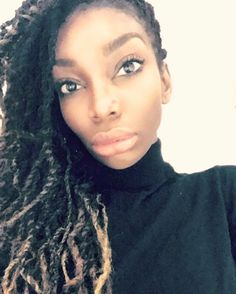 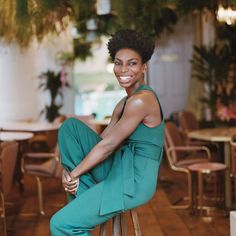 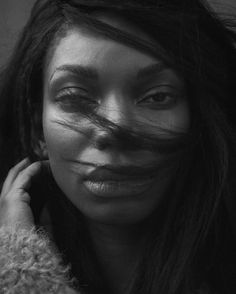 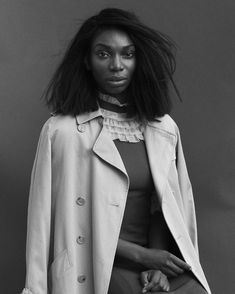 Michaela Coel was born Michaela-Moses Ewuraba O Boakye-Collinson on 1 October 1987 in Aldgate, London, the daughter of Ghanaian immigrants. She and her sister grew up in London, primarily Hackney and Tower Hamlets, with her mother, a mental health liaison officer. Coel's father lives in Ghana, and she has a half-brother. She has stated that while at her all-girls Catholic school in East London, she was the only black female pupil in her year, and dealt with her isolation by physically bullying others.

In 2006, Coel began performing in poetry open mics in Ealing. As she continued to do open mics, she was encouraged by the actor, Playwright, and Director Ché Walker, who saw her perform at Hackney Empire, to apply to Guildhall. As a poet she has performed on stages including Wembley Arena, Bush Theatre, Nuyorican, and Rotterdam De Doelen Concert Hall. She went by the name, Michaela The Poet.

From 2007 to 2009, Coel attended Birmingham University to study English Literature and Theology. She took a Ché Walker masterclass at RADA after meeting Walker at open mics. In 2009, she transferred to the Guildhall School of Music and Drama, where she was the first black woman enrolled in five years. She won the Laurence Olivier Bursary award, which helped her fund her schooling. During her time at Guildhall, she attended the Mark Proulx workshop at Prima del Teatro and took the Kat Francois Poetry Course at the Theatre Royal Stratford East. She graduated from the Guildhall School of Music and Drama in 2012.

In 2009, Coel released an album entitled Fixing Barbie, which featured her work as a poet and musician. In 2011, Coel released the record "We're the Losers".

In 2012, Coel's play, Chewing Gum Dreams, was her senior / graduation project at Guildhall. It was first produced at The Yard Theatre in Hackney Wick in 2012. The play featured Coel in a one-woman show telling the dramatic story of a 14-year-old girl named Tracey. The play then went on to be produced by the Bush Theatre (2012), Royal Theatre Holland (2012), Royal Exchange Theatre (2013), and the National Theatre (2014). It received positive reviews.

In August 2014, Channel 4 announced that Coel was to star in and write a new sitcom called Chewing Gum, inspired by her play Chewing Gum Dreams. "C4 Comedy Blaps" were released as teasers in September 2014, and the series began on E4 in October 2015. Her performance earned her the British Academy Television Award for Best Female Comedy Performance in 2016; she also won a BAFTA for Breakthrough Talent for writing the show. Chewing Gum received overwhelmingly positive reviews.

In 2015, Coel also guest-starred in the BBC One drama London Spy.

For the 2016 BAFTA Awards, Coel wore a dress made out of Kente cloth which was made by her mother. She has said that, like her Chewing Gum character Tracey (who is 24 in season 1), she became very religious in the Pentecostal faith, and embraced celibacy. Although she still considers herself a Christian, Coel stopped practising Pentecostalism after attending Guildhall.

She also has a small role in the 2017 film Star Wars: The Last Jedi.