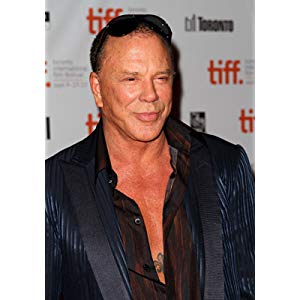 💰Mickey Rourke Net worth and Salary

Mickey Rourke was born Phillip Andre Rourke, Jr. on September 16, 1952, in Schenectady, New York, the son of Annette (Cameron) and Phillip Andre Rourke. His father was of Irish and German descent, and his mother was of French-Canadian, English, and German ancestry. When he was six years old, his parents divorced. A year later, his mother married Eugene Addis, a Miami Beach police officer, and moved to Miami Shores, Florida. After graduating from Horace Mann Junior High School, Rourke's family moved to a house located on 47th Street and Prairie Avenue in Miami Beach. In 1969 Rourke attended Miami Beach Senior High School, where he played second-string first baseman under coach Skip Berkman. He also acted in a school play, "The Serpent," directed by legendary "Teacher To The Stars" Jay W. Jensen.

In 1971 he graduated from Miami Beach Senior High School, and after working for a short time as a bus boy at the famed Forge Restaurant on Miami Beach, Rourke moved back to New York to seek out a career in acting.

Rourke's teenage years were more aimed toward sports more than acting. He took up self-defense training at the Boys Club of Miami. It was there he learned boxing skills and decided on an amateur career. At the age of 12, Rourke won his first boxing match as an 118-pound bantamweight, defeating Javier Villanueva. Some of his early matches were fought as Andre Rourke. He continued his boxing training at the famed 5th Street Gym in Miami Beach,soon joining the Police Athletic League boxing program. In 1969 Rourke, now weighing 140 pounds, sparred with former World Welterweight champion Luis Rodriguez. Rodriguez was the number one-rated middleweight boxer in the world and was training for his match with world champion Nino Benvenuti. Rourke claims to have received a concussion in this sparring match.

In 1971, at the Florida Golden Gloves, Rourke received another concussion from a boxing match. Doctors told him to take a year off and rest. In 1972 Rourke knocked out Ron Robinson in 18 seconds and John Carver in 39 seconds. On Aug. 20, 1973, Rourke knocked out 'Sherman "Big Train"' Bergman' in 31 seconds. Shortly after, Rourke decided to retire from amateur boxing.

From 1964 to 1973, Rourke compiled an amateur boxing record of 27 wins (17 by knockout) and 3 defeats. At one point, he reportedly scored 12 consecutive first-round knockouts. As an amateur, Rourke had been friendly with pro-boxer Tommy Torino. When Rourke decided to return to boxing as a professional in 1991, Torino promoted some of Rourke's fights. Rourke was trained by former pro-boxer Freddie Roach at Miami Beach's 5th Street Gym and the Outlaw Boxing Club Gym in Los Angeles. He made $250 for his pro debut, but by the end of his second year of boxing, he had earned a million dollars. In June 1994, Rourke appeared on the cover of World Boxing Magazine. He sparred with world champions James Toney, John David Jackson, and Tommy Morrison.

Rourke wished to have 16 professional fights and then fight for a world title. However, he retired in 1994 after eight bouts and never got his desired title fight. His boxing career resulted in severe facial injuries that required a number of operations to repair his damaged face. Rourke went back to acting but worked in relative obscurity until he won a Golden Globe Award for his role as Randy "The Ram" Robinson in The Wrestler (2008). He was nominated for Best Actor, as well, but lost.