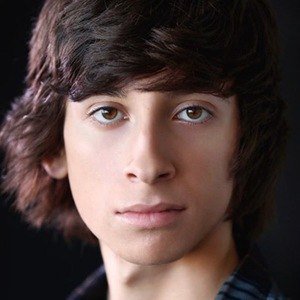 Actor who landed the role of Luis Delarosa on the 2015 Nickelodeon show Bella and the Bulldogs.

His first television role was as a guest star in the episode of Sam & Cat titled "#The Great Tuna Jump: Reunion Special."

He had a guest star role as Mateo in the episode of K.C. Undercover called "My Sister from Another Mother... Board."

He was born in California. He has a younger sister named Izabella.

He landed a role alongside Buddy Handleson on Bella and the Bulldogs.