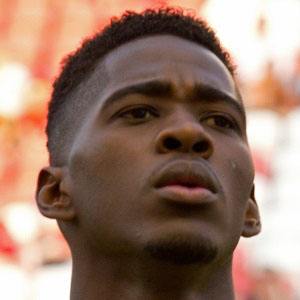 Colombian forward who broke into the MLS with Real Salt Lake in 2013.

He began his professional career with the Colombian team Deportes Quindio in 2011.

He scored 2 goals in 14 appearances during his first professional season with Deportes Quindio.

He grew up as an only child in Barranquilla, Colombia.

He joined Kyle Beckerman on Real Salt Lake in 2013.