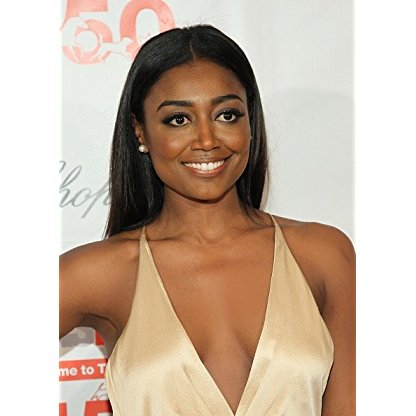 Patina Miller was born on November 06, 1984 in  Pageland, South Carolina, United States, is Actress, Soundtrack, Miscellaneous Crew. Patina Miller can currently be seen as press coordinator "Daisy Grant" in the second season of CBS' hit drama series, Madam Secretary (2014), starring Téa Leoni, Bebe Neuwirth and Tim Daly. Written by Barbara Hall and directed by David Semel, the series premiered in September 2014 and returned to CBS for its sophomore season in October 2015.Miller made her feature film debut as "Commander Paylor" in Lionsgate's Dau Truong Sinh Tu: Hung Nhai phan 1 (2014). Also starring Jennifer Lawrence, Liam Hemsworth, Josh Hutcherson, Julianne Moore and Philip Seymour Hoffman, the first part of the famous trilogy's finale was released in November 2014. Patina then reprised her role in the final installment of the series, Dau Truong Sinh Tu: Hung Nhai 2 (2015), which was released in November 2015.Miller starred as the Leading Player in the Broadway revival of Stephen Schwartz's famous 1972 musical, "Pippin". Directed by Tony Award-winning director Diane Paulus, and also starring Matthew James Thomas, Andrea Martin and Terrence Mann, "Pippin" received the Tony Award for Best Revival of a Musical at the 67th Annual Tony Awards. Patina successfully put a contemporary twist on a role originated by award-winning actor Ben Vereen and mastered the Fosse movements that the show relies so heavily on. Patina earned a Tony Award for Best Performance by an Actress in a Leading Role in a Musical and an Outer Critics Circle Award for Outstanding Actress in a Musical as well as Drama League, Fred and Adele Astaire Award and Broadway.com Audience Choice Award nominations for her performance. She previously performed the role of Leading Player in the American Repertory Theater production of "Pippin" from December 2012 to January 2013.Miller made her Broadway debut in the 2011 Broadway season as the gutsy nightclub-singer-turned-nun "Deloris Van Cartier" in the stage adaptation of "Sister Act", which earned her first Tony nomination, as well as Drama Desk, Drama League, and Outer Critics Circle Award nominations for her performance. Miller originated the role of "Deloris" in the West End production of "Sister Act" at the London Palladium, where she received an Olivier Award nomination and a WhatsOnStage.com Theatregoers' Choice Award for Best Actress in a Musical.Additionally, Miller starred in multiple off-Broadway productions, including "Ragtime" at Avery Fisher Hall, City Center Encores! production of Kurt Weill and Maxwell Anderson's "Lost in the Stars", and the Manhattan Theatre Club's "Romantic Poetry". Patina also appeared in the Public Theater's pre-Broadway revival of "Hair" during its 2008 run at the Delacorte Theater in Central Park, also under the direction of Diane Paulus. Among her regional theatre credits include "First You Dream", a Kander and Ebb revue at the Kennedy Center, "Sister Act" at the Alliance Theatre and Pasadena Playhouse and the Philadelphia Theater Company production of "Being Alive". She has participated in workshops for "Book of Mormon", "Nightingale" and "American Idiot". Prior to her numerous theater credits, Patina appeared in the renowned daytime soap opera, All My Children (1970).Patina performed her first solo concert at the Kennedy Center for Performing Arts during its 2013-2014 theatrical season. She then made her New York City debut in February 2014 as part of Lincoln Center Theater's "American Songbook" series, which subsequently aired on PBS.Miller received a degree in musical theater from Carnegie Mellon University. She currently resides in New York City.
Patina Miller is a member of Actress 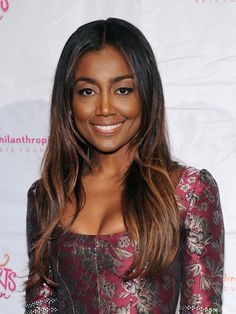 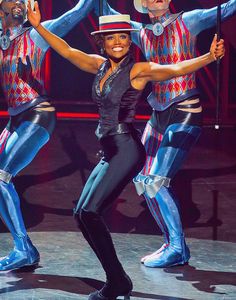 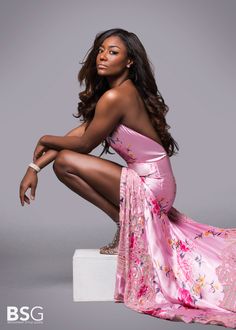 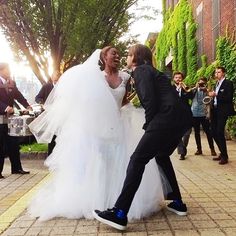 In 2005, Miller was one of three finalists for the role of Effie White in the musical drama Dreamgirls, which ultimately won Jennifer Hudson the Academy Award for Best Supporting Actress. In 2007, she was cast as Pam Henderson in the daytime soap opera All My Children and appeared in 30 episodes of the show. She performed in a Central Park production of Hair in the summer of 2008 and was featured in the musical Romantic Poetry at the Manhattan Theatre Club that fall.

Born in Pageland, South Carolina, and raised in a single parent home, she was introduced to music at an early age and sang with the gospel choir at her local church. She attended South Carolina Governor's School for the Arts & Humanities and in 2006 graduated with a degree in musical theatre from Carnegie Mellon University, which she attended on a full scholarship. She has credited her time at Carnegie Mellon as a big part of her life, saying, "It was there that I studied and really realized that I could make my dream a reality. I'm so thankful to all my teachers who helped me to become the performer I am today. I'm so proud of my school and feel so blessed to have gotten such a wonderful education and made lifelong friends."

Miller was cast as the lead role of Delores Van Cartier in Sister Act, a role she had understudied for six months during its initial run in the United States, following a year-long international search. The London production opened on June 2, 2009 at the London Palladium, and although it received mixed reviews, most critics singled out Miller and praised her performance. Benedict Nightingale of The Times cited her "terrific voice" and continued, "Add warmth, humour, vivacity—and you've a star who lacks Whoopi's wry vulnerability but adds dazzle to the razzle around her," while David Benedict of Variety thought her "powerhouse vocals, pitched somewhere between Gloria Gaynor and Whitney Houston, and her thrillingly fast vibrato act as the show's engine." For this role Miller won the whatsonstage.com Theatregoers Choice Award for Best Actress in a Musical and was also nominated for the Laurence Olivier Award for Best Actress in a Musical. She remained with the production till it closed on October 30, 2010.

Miller reprised the role of Deloris Van Cartier in the Broadway production of Sister Act, which began performances on March 24, 2011, at the Broadway Theatre and officially opened April 20, 2011. Miller also made her Broadway debut in this production. For this role she won a Theatre World Award and was also nominated for the Tony Award for Best Actress in a Musical, the Outer Critics Circle Award for Outstanding Actress in a Musical, the Drama League Award for Distinguished Performance, and the Drama Desk Award for Outstanding Actress in a Musical. She played her final performance in the Broadway company on March 18, 2012 and was replaced by Raven-Symoné on March 27. Miller also starred as Linda in the City Center Encores! production of Lost in the Stars, which ran from February 3–6, 2011.

She performed as the Leading Player in the American Repertory Theater production of Pippin from December 5, 2012 to January 20, 2013. Miller recently reprised the role in the Broadway revival, which began performances on March 23, 2013, at the Music Box Theatre and officially opened on April 25, 2013. She won the Outer Critics Circle Award and Tony Award for Best Actress in a Musical at the 67th Tony Awards for this role.

In 2014, she performed at Lincoln Center - the concert was broadcast on PBS as Patina Miller in Concert.