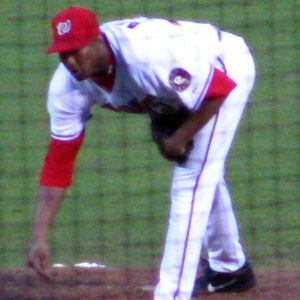 Former MLB pitcher from the Dominican Republic who won 129 games during his successful Major League Career.

He made his Major League debut in 1992 with the Los Angeles Dodgers.

He set a Colorado Rockies franchise record for strikeouts with 749.

He had three children with his wife Ana.

He pitched alongside Roy Oswalt on the Houston Astros in 2001.