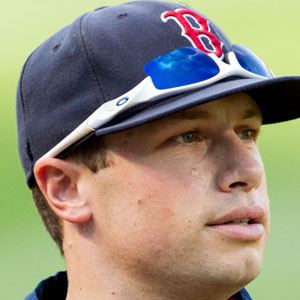 MLB outfielder who began his career in 2010 with the Boston Red Sox, becoming known for his rocket arm and acrobatic catches.

He was one of New Jersey's top high school players, batting well above .400 with an 88-mph fastball.

The Red Sox drafted him in the ninth round, originally offering him $600,000 - well above the rate of a typical ninth rounder.

He was born to Steven and Eileen Kalish.

He was featured on ESPN for an amazing pickoff play on Oakland's Coco Crisp.