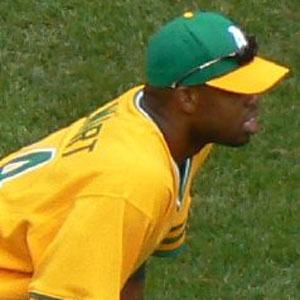 Retired Major League Baseball outfielder who batted .297 during his 13 years in the big leagues.

He was a first round draft pick of the Toronto Blue Jays in 1992.

He was best known as a speedy player with a great eye at the plate.

He was born in Ohio but was raised in Dade County, Florida.

He shared the outfield for the Minnesota Twins with star center fielder Torii Hunter for three years.