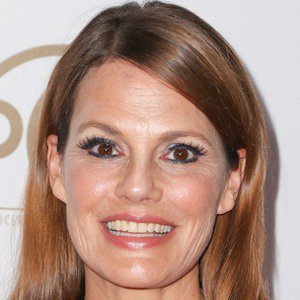 Actress who played Ashley in the sitcom Two Guys and a Girl and also performed on Broadway.

She studied at Yale University's famous actor training program and acted early in her career with the Utah Shakespeare Festival.

She performed in the Neil Simon play Proposals, which began its run at Los Angeles' Ahmanson Theater and ended up at the Broadhurst Theater on Broadway.

She was born in Rochester, New York and attended high school in Greenwich, Connecticut.

She played the girlfriend of Jason Alexander's character, George Costanza, in a 1997 episode of the popular television series Seinfeld.