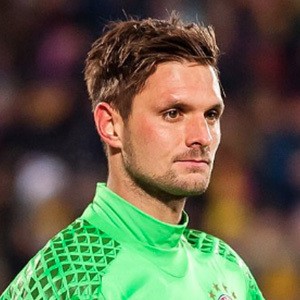 German professional football player who is known for his work as a goalkeeper for the Bayern Munich club. He is also known for having played on several of Germany's youth national teams.

He is known for having been awarded the Player of the Season award for his work with Bayern Munich during the 2017 season.

He was born and raised in Schorndorf, West Germany.

He shared a photo with fellow Bayern played Thomas Muller to his Instagram in October of 2018.