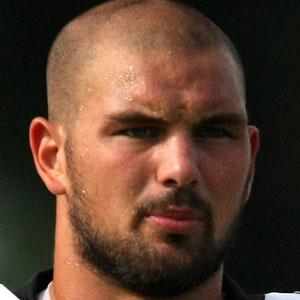 NFL safety who played his first 4 seasons with the Baltimore Ravens, also a professional boxer who made his debut at Madison Square Garden.

He played college football at Notre Dame, where he was a semi-finalist for the Jim Thorpe Award for the nation's best defensive back.

He turned to boxing during the NFL labor contract dispute of 2011 and was trained by Boxing Hall of Famer Emanuel Steward.

He has siblings named Kristin and Edmund.

He was taken by the Baltimore Ravens in the same 2008 draft in which the team selected Super Bowl-winning quarterback Joe Flacco.