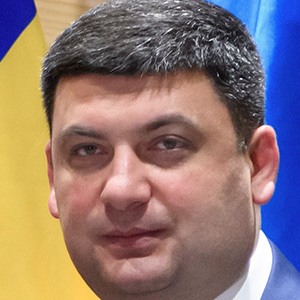 He started his career in politics in 2002 when he was first elected as a member of the Vinnytsia City Council. He gained further attention when he served as Mayor in 2006 and later as the 11th Chairman of the Verkhovna Rada in 2014.

He was born and raised in Vinnytsia, Soviet Union and is married with two daughters and a son.

He met with U.S. Secretary of State John Kerry in Kyiv in July of 2016.