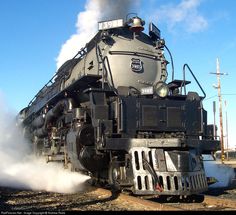 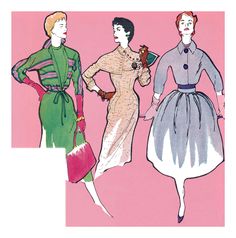 In this capacity Robb worked with the next Leader of the Liberal Party, John Hewson, in the unsuccessful 1993 federal election campaign. Robb claimed in 1991 that Peter Reith and Hewson were spooked into releasing their policies too early. He was a Federal Director and campaign manager for John Howard in the 1996 federal election campaign, which defeated the Keating government and brought the Liberals to power after 13 years in Opposition.

Robb resigned in 1997 (he was replaced by Lynton Crosby) and became a Business consultant based in Sydney. He was Honorary Finance Director for the NSW Division of the Liberal Party and a member of the NSW State Executive. In that time Robb also sat on the boards of numerous Australian companies including Australia's largest consulting engineering company, Sinclair Knight Merz. Robb was also a board member of community organisations including the Garvan Medical Research Foundation and the 'Big Brothers Big Sisters' organisation. In 2003, Robb was appointed an Officer of the Order of Australia for Service to politics, agriculture and the community.

In 2004, he was comfortably elected to the safe Liberal seat of Goldstein in Melbourne and was appointed Parliamentary Secretary to the Minister for Immigration and Multicultural Affairs on 27 January 2006. His time in this portfolio was marked by introducing a Citizenship discussion paper which encouraged public debate about whether Australia required a formal citizenship test. Robb argued that a formal citizenship test would be a clear incentive for aspiring citizens to have basic English language skills and understanding of their community. Robb also focused on dealing with settlement issues for refugees and the challenges of multi-faith relations in Australia.

In 2007, Robb was elevated to the Ministry and took on the role as Minister for Vocational and Further Education. Following the Liberal Party's defeat at the 2007 federal election, Robb put himself forward as a candidate for Deputy Leader of the Liberal Party. In a ballot of Liberal caucus members, Julie Bishop prevailed with 44 votes, ahead of Robb who won 25 votes and Christopher Pyne with 18 votes. The then leader of the Liberal Party, former Defence Minister, Brendan Nelson, announced that Robb would be Shadow Minister for Foreign Affairs in the new Coalition Shadow Cabinet.

On 19 September 2009, in Laurie Oakes's column in The Australian, Robb disclosed that he was stepping down from the opposition front bench for three months to address a form of depression brought on by Diurnal Variation, which is typically experienced as positive mood variation (PMV – mood being worse upon waking and better in the evening). Robb disclosed that, since adolescence, he had suffered depression for several hours each day in the morning.

In October 2016, it was announced that Robb had joined the Landbridge Group, a Chinese company which had been granted a 99-year lease on the Port of Darwin in 2015, as a "high-level economic consultant". It was reported that Robb had accepted the position before leaving Parliament.