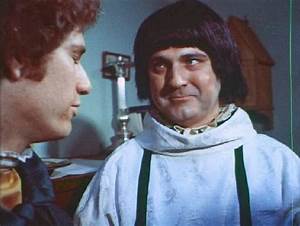 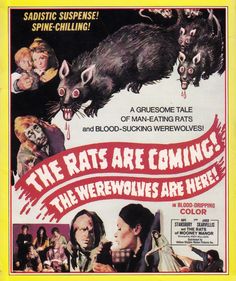 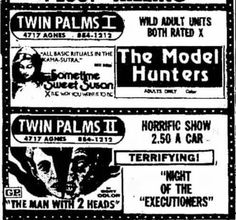 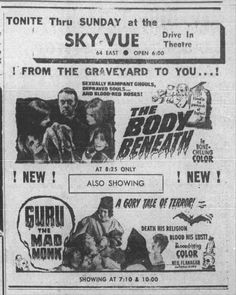 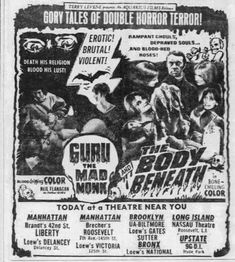 Milligan was an "army brat"; his father, Andrew Milligan Sr. (1895–1985), was a Captain in the US Army who served in the military for over 50 years (retiring in the mid 1960s holding the rank of Colonel). The family frequently moved around the country as a result of this. Milligan's mother, Marie Gladys Hull (1903–1953), was an overweight alcoholic with severe physical and mental health problems who served as an inspiration for some of Milligan's film characters. Milligan's parents met and married in 1926. He was close to his father, who affectionately called him "Junior", but had a very troubled relationship with his mother, who was both physically and mentally abusive towards all her children as well as her husband.

Another one of Milligan's few close friends was character actor John Miranda (1926-2015), who starred as Sweeny Todd in Milligan's 1970 film Bloodthirsty Butchers. Miranda later financially supported Milligan after his move to Los Angeles and assisted with any medical expenses during Milligan's final years.

Andrew Jackson Milligan Jr. was born on February 12, 1929, in St. Paul, Minnesota. He was a self-taught filmmaker and was responsible for much of the creative activity on his films (including cinematography and costume design).

After finishing high school in 1947, Milligan enlisted in the US Navy, serving for four years. After his honorable discharge in 1951 he settled in New York City, where he acted on stage, and opened a dress shop.

Milligan enjoyed S&M and had very few long-term relationships (all of which were with men). One of his close friends was a Vietnam veteran and ex-convict named Dennis Malvasi (1950- ), who acted in Milligan's Troupe Theater in the late 1970s-early 1980s and also worked for Milligan as a crewperson, transportation driver, and even acted in one of Milligan's horror films, Carnage in 1983. Malvasi was a former U.S. Marine and demolitions expert who was suspected for numerous abortion clinic bombings in New York state during the 1980s. After the Troupe Theater closed in 1985, Malvasi was the person who drove Milligan on a cross-country, four-day road trip during Milligan's move to Los Angeles. Later in 1987, Malvasi was arrested, convicted, and served five years in a federal prison for the attempted bombing of another abortion clinic in New York City.

In the early 1960s, Milligan began making films. He met some of the actors for his early films at Caffe Cino. His first released film was a 30-minute black-and-white 16 mm short drama entitled Vapors (1965). The film, set on one Friday evening in the St. Mark's Baths, a gay bathhouse for men, portrays an emotionally awkward and unconsummated meeting between two strangers. Milligan was later employed by producers of exploitation films, particularly william Mishkin, to direct softcore sexploitation and horror features, many featuring actors known from the off-off Broadway theater community.

In 1966, Milligan set up his residence in a Victorian-era mansion located in St. George, Staten Island, within a mile walking distance of the Staten Island Ferry. The house soon became what he dubbed "Hollywood Central," where he filmed several of his movies. Milligan wrote, directed, built sets and sewed costumes for nearly all of his films. His usual "stock company" was often supplemented by Staten Island locals.

Most of his early exploitation films fell into the morality play genre. Milligan's plays and films explored topics of transgression and punishment, dysfunctional family relationships, repressed sexuality, homosexuality and physical deformity, and include such titles as Depraved! (1967), The Naked Witch (1967), The Promiscuous Sex (1967), The Degenerates (1967), The Filthy Five (1969), Gutter Trash (1969), The Ghastly Ones (1968), Seeds of Sin (1968), Fleshpot on 42nd Street (1973), The Rats are Coming! The Werewolves are Here! (1973), and Guru, the Mad Monk (1970). Most of Milligan's early works are currently considered lost films.

In 1968 he married Candy Hammond, a North Carolina stage Actress and former "erotic dancer" who starred in a few of his films. The wedding Service took place on February 24, 1968, at his Staten Island house located on 7 Phelps Place, which was still decorated for the movie shoot Seeds and attended by most of the crew people working on the film as well as his father and Japanese stepmother (whom his father married in 1960 while Milligan Sr. was stationed in Japan). The wedding was not viewed seriously by any of the attendees because Milligan was an open homosexual. Candy divorced him the following year, apparently due to neglect as he was more focused on his film making career, and she shortly thereafter returned to her North Carolina hometown.

On his return to New York, Milligan wrote and directed another medieval period piece titled Guru the Mad Monk, which was shot for the first time with a 35mm Arriflex camera and filmed entirely inside a Chelsea, Manhattan church. This movie was released in December 1970 on a double feature with The Body Beneath. Through the next years, Mishkin released Milligan's British-made pictures, some with additional scenes shot in New York. The Rats are Coming! The Werewolves are Here! was one of Mishkin's films in which he had Milligan insert new killer rat scenes shot in New York, mostly at his new Staten Island house on Corson Street where Milligan lived during that time and filmed another horror period piece there in 1973 which was titled Blood.

After directing the 1972 sexploitation drama Fleshpot on 42nd Street, Milligan's output was restricted mostly to gory horror movies as he moved to the southern tip of Staten Island in the Tottenville neighborhood where he lived in and owned and operated a dilapidated hotel located at the corner end of Main Street and Ellis Street right next to the southern end of Staten Island Railway (which is currently an Italian themed restaurant named Vincent Angelina's Ristorante). On October 27, 1977, Milligan moved into 335 West 39th Street in Manhattan (a four-story building purchased for $50,000 by Milligan and stockholders), where he founded and ran the Troupe Theatre, an off-off Broadway venue above which he lived in a third-floor loft until he left New York City for good in March 1985. He moved to Los Angeles, California, where he briefly owned a dress shop on Highland Boulevard from late 1985 to early 1986. Milligan then directed three more independently produced horror movies in 1987 and 1988, which included Monstrosity, The Weirdo, and Surgikill as well as operated another theater and production company, which was called Troupe West, which ran until early 1990.

In poor health from 1989, Milligan was diagnosed with AIDS some months after his lover Keeton died. He initially kept his condition a secret as he tried to continue working on writing stage play scripts and screenplays. Later, unable to find any more financial backers, he eventually closed down his theater and production company, Troupe West, in early 1990 and then completely withdrew from the public light altogether. In June 1990, Milligan confided in only two people the true nature of his health; friend and actor John Miranda and writer-biographer Jimmy McDonough, who then became his part-time caregivers for the next 12 months.

Andy Milligan died in the early morning hours of June 3, 1991 from complications to AIDS at the Queen of Angeles Medical Center in Los Angeles, California at age 62. He was buried in an unmarked grave somewhere in Los Angeles due to his poor financial situation on death.

In his nonfiction book about the horror genre, Danse Macabre, Stephen King gives a short assessment of one of Milligan's films: "The Ghastly Ones is the work of morons with cameras." Milligan developed a reputation as a maker of awful horror movies, featuring Herschell Gordon Lewis-type gore effects, both of which combined to give him a reputation as one of the worst Directors of all time. The re-discovery of Fleshpot on 42nd Street—generally regarded to be his best work—in the 1990s by the Seattle-based video company Something Weird Video and the release of his biography in 2001 has made more widely known his theatrical background and the context to his work. Despite his modern-day recognition, most of Milligan's exploitation movies during the 1960s remain unseen, as the prints were lost over time and remain so to this day.

Milligan's first movies were shot with a single hand-held 16-millimeter Auricon sound-on-film news camera. This technique was inspired by Andy Warhol and allowed Milligan to move the camera around at will, at times punctuating violent scenes with his "swirl camera" technique through which he would spin the camera and point it to the ground. Often working with budgets under $10,000, his movies feature very tight framing that helped cover up his very low budgets, particularly in the case of the period pieces that were most of his horror movies. His ability to make movies with such low budgets is why Mishkin often hired him and Mishkin's influence on the 42nd Street grindhouse circuit meant that Milligan's pictures played there often. Milligan filmed all of his movies on short ends; using old and unused leftover film reels of 16 mm and later 35mm film that he acquired through various means from other film sets as a means to keep production costs down.