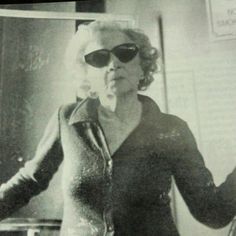 Doris Wishman was born on June 1, 1912, in New York City. Her father was a hay and grain salesman; her mother died when she was still a child. After graduating from high school, she claimed to take acting lessons at the Alviene School of Dramatics in New York City in the early 1930s. She later worked as a film booker for her cousin Max Rosenberg, an independent film distributor who handled both art films and exploitation film fare during the late 1940s and early 1950s. During this same period she was married to a man named Jack Abrams and lived for a period of time in Miami, Florida. By her own account, Wishman began her film production career after Abrams' untimely death in 1958.

In 1957, a New York Appeals court ruling allowed films depicting nudism to be exhibited in movie theaters in New York State. Inspired by this development, Wishman claimed in several interviews to have borrowed $10,000 from her sister to produce her first film, Hideout in the Sun, a nudist film, shot in late 1958 and released in early 1960. Her next film, Nude on the Moon, released in 1961, was a science fiction nudie. The film was banned in New York State after the New York State Censorship Board ruled that films featuring nudity in a nudist colony were legally permissible but nudity in a fantasy film set in a "nudist colony on the Moon" was not. Her fourth nudist film, Blaze Starr Goes Nudist (1962), starred legendary burlesque performer Blaze Starr. Wishman produced eight nudist films in total between 1958 and 1964. After the popularity of the genre began to wane, she decided to abandon nudist exploitation films and transition into the new sexploitation genre.

Wishman began to produce and direct sex-exploitation or sexploitation features in 1964. Her second release in this genre was Bad Girls Go to Hell (1965), her first collaboration with her long-time Cinematographer C. Davis Smith. During this period she frequently worked under the pseudonym "Louis Silverman," the name of her second husband. All of her sexploitation work was shot in black and white until the release of her first soft-core color feature, Love Toy (c. 1970). Shortly thereafter she produced a sex comedy entitled Keyholes Are for Peeping (1972) starring Comedian Sammy Petrillo, and in the mid-1970s, she directed a pair of low-budget thrillers featuring burlesque performer Chesty Morgan: Deadly Weapons and Double Agent 73, the former of which was distributed internationally by Hallmark Releasing Corporation.

In the mid-1970s, Wishman directed two hardcore pornographic features entitled Satan Was a Lady (1975) and Come With Me, My Love (1976), both of which featured Annie Sprinkle. Wishman was not fond of working on pornographic films and later in her life denied having directed them. Additionally, in 1978 she released a semidocumentary feature entitled Let Me Die a Woman, which she had originally begun shooting in 1971. The film featured interviews with several transgender individuals, one of whom was Deborah Hartin, and included dramatic reconstructions of scenes from their lives. One such dramatization featured porn star Harry Reems before he became internationally renowned for his role in Deep Throat (1972). The film also featured Dr. Leo Wollman. In light of the expanding slasher film craze that began with Halloween in 1978, Wishman's final feature was a horror film entitled A Night to Dismember. Begun in the late 1970s, it went through various manifestations and was finally completed in 1983. The film stars pornographic Actress Samantha Fox. It was never theatrically released.

After the failure of A Night to Dismember, Wishman moved to Coral Gables, Florida, in the mid-1980s, where she found work in an adult novelty store. Interest in her work began to slowly increase due to the home video release of many of her films through Something Weird Video. A cult following started to form and Wishman was honored at the New York Underground Film Festival in 1998 and appeared twice on Late Night with Conan O'Brien. Filmmaker John Waters featured a clip from Deadly Weapons in his film Serial Mom. Film critic Joe Bob Briggs described Wishman as "The greatest female exploitation film Director in history." She was one of the most active women Directors in the world during the 1960s and '70s. Doris Wishman died on August 10, 2002, in Miami, Florida, shortly after being treated for lymphoma.