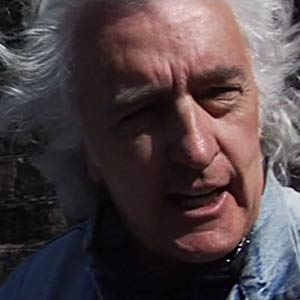 Chris Sullivan is an award-winning Irish/British actor/writer/director. He trained in both classical and modern theatre at The Birmingham School of Speech Training & Dramatic Art and appeared in many leading roles in the British repertory system, in plays by William Shakespeare, Ben Jonson, John Arden, Alan Ayckbourn, Neil Simon and others, before creating the role, to terrific national reviews, of "David" in the Brian Croucher-directed, Glenn Chandler controversial play, "A Treat", at London's Soho Poly Theatre: the West End's number one fringe venue. He didn't start his working life as an actor; before going to drama school, Chris had "the best job of his life" as a motor cyclist delivering telegrams for the post office in Birmingham, England and went on to stints as a fairground worker in Scotland - collecting the fares on the dodgem cars - a sales correspondent, a part time soldier in the Special Air Service (TA) and a labourer at a very hot bakery in Northamptonshire. In 1995, Chris decided to start again; he emigrated to Los Angeles with ten dollars in his pocket and plans to further his career and ended up doing a one-man Irish show - "A Bit of Irish" - which lasted for ten years, on and off, playing at the Edinburgh Festival, the Jermyn Street Theatre in London's West End, Santa Monica Playhouse in California and various Irish Fairs and colleges in the USA and provincial theatres in the UK. As well as penning two novels, Chris writes a blog called "The Storyteller", which is read all over the world which he describes as the ramblings of a Hollywood actor and novice novelist.