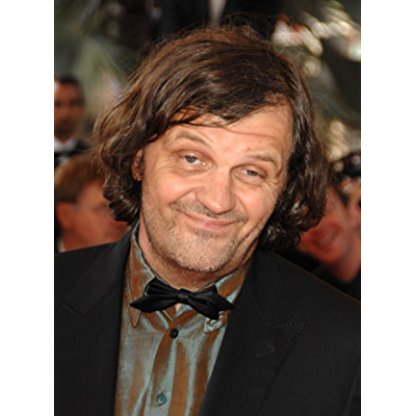 Emir Kusturica was born on November 24, 1954 in  Sarajevo, Bosnia and Herzegovina, Yugoslavia, Yugoslavia, is Director, Actor, Writer. A Serbian film director. Born in 1954 in Sarajevo. Graduated in film directing at the prestigious Academy of Performing Arts (FAMU) in Prague in 1978. During his studies, he was awarded several times for his short movies including Guernica (1978), which took first prize at the Student's Film Festival in Karlovy Vary. After graduation, he directed several TV movies in his hometown, Sarajevo. In collaboration with the screenwriter Abdulah Sidran in 1981, he made the successful feature debut Sjecas li se Dolly Bell? (1981) which won the Silver Lion for best first feature at the Venice Film Festival. Their subsequent work, human political drama Otac na sluzbenom putu (1985) unanimously won top prize at the 1985 Cannes Film Festival as well as FIPRESCI prize and was nominated for the Best Foreign Language film Oscar. In 1989 he won the Best Director award at Cannes for Dom za vesanje (1988), a film about the life of a gypsy family in Yugoslavia scripted by Gordan Mihic. His first English language movie, Arizona Dream (1993) starring Johnny Depp, Jerry Lewis and Faye Dunaway and scripted by his USA student, David Atkins was awarded the Silver Bear at the 1993 Berlin Film Festival. Underground (1995), a bitter surrealistic comedy about the Balkans, scripted by Dusan Kovacevic, won him a second Palme d'Or at the Cannes Film Festival in 1995.
Emir Kusturica is a member of Director 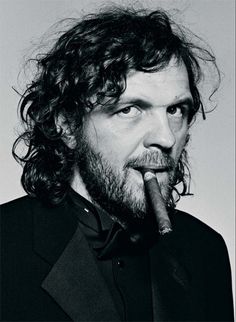 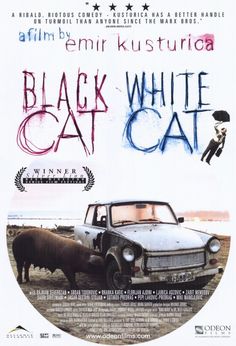 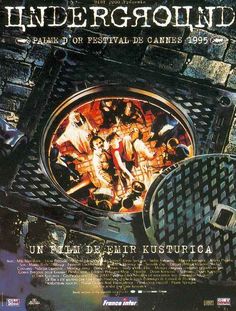 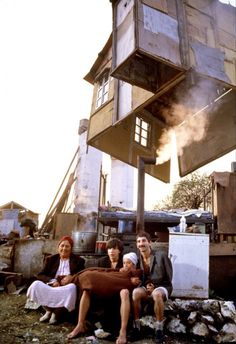 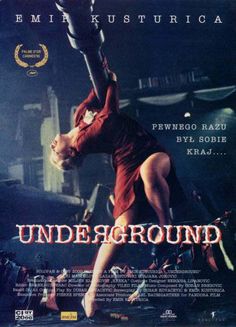 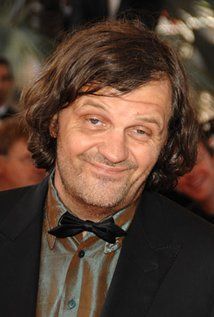 In recognizing "Underground", the Cannes jury thought it was honouring a creator with a thriving imagination. In fact, it has honoured a servile and flashy illustrator of criminal clichés. The Cannes jury ... praised a version of the most hackneyed and deceitful Serb propaganda. The devil himself could not have conceived so cruel an outrage against Bosnia, nor such a grotesque epilogue to Western incompetence and frivolity.

When his mother was on her deathbed he wanted to find out his ancestry and learnt that the origin of the Kusturica family stemmed from two Orthodox Christian branches. An ancestor of his, who helped build the Arslanagić bridge in the 18th century, hailed from Bileća and the Babić family. According to the studies of geographer Jevto Dedijer (1880–1918) in the Bileća region (1902): the Kusturica family lived in a čopor (grouped area, literally "pack") in the village of Plana; they had eight houses next to the Kozjak family (four houses), North West across a field from the Avdić family (23 houses). In Granica, there was a family surnamed Kusturica which had left Plana 80 years earlier.

A lively youth, young Emir was by his own admission a borderline delinquent while growing up in the Sarajevo neighbourhood of Gorica. Through his father's friendship with the well-known Director Hajrudin "Šiba" Krvavac, 17-year-old Emir got a small part in Krvavac's 1972 Walter Defends Sarajevo, a partisan film funded by the Yugoslav state.

In 1978, Kusturica graduated from the film school (FAMU) at the Academy of Performing Arts in Prague, which is why he is sometimes considered a part of the Prague film school, an informal group of Yugoslav film Directors who studied at FAMU and shared similar influences and aesthetics. After graduating from FAMU, Kusturica began directing made-for-TV short films in Yugoslavia.

He made his feature film debut in 1981 with Do You Remember Dolly Bell?, a coming-of-age drama that won the prestigious Silver Lion for Best First Work at that year's Venice Film Festival. The same year, at the age of 27, he became lecturer at the newly established Academy of Performing Arts in Sarajevo, a job that he performed until 1988. He was also art Director of Open Stage Obala (Otvorena scena Obala).

The so-called 'Marshal affair' that played out throughout late 1984 and early 1985 severely limited the band's access to media, causing its second album to sell poorly; additionally, three of the six members left the group in light of its bleak commercial prospects. Therefore, in 1986 as the band was still reeling from the scandal and devising strategy for the Future, the thinking behind bringing Kusturica on board was that having the famous and celebrated film Director affiliated with Zabranjeno Pušenje would help it get over the media bans it faced.

Kusturica's second feature film, When Father Was Away on Business (1985), earned a Palme d'Or at Cannes and five Yugoslav movie awards, as well as a nomination for an American Academy Award for Best Foreign Film. Kusturica wrote the screenplays for both Do You Remember Dolly Bell? and When Father Was Away on Business. In 1989 Kusturica earned more accolades for Time of the Gypsies, a film about Romani culture and the exploitation of their youth. In 1989 he was a member of the jury at the 16th Moscow International Film Festival.

In mid-1986, Kusturica, already an accomplished film Director at the time, started playing bass guitar in Zabranjeno Pušenje, a Sarajevan punk rock outfit that had been the main driving force behind the New Primitivism movement. In addition to being on friendly terms with the guys and admiring their work, Kusturica's inclusion in the group had to do with the difficult situation Zabranjeno Pušenje found itself in following the political and media scandal caused by the Verbal offence committed by their frontman Nele Karajlić.

Kusturica's contribution included playing bass on three track from the band's third studio album Pozdrav iz zemlje Safari as well as composing the music for the "Probušeni dolar" track on the same album. Furthermore, he directed the video for the track "Manijak", which was deemed controversial, receiving a television ban due to vague visual allusions to the Agrokomerc Affair, yet another political scandal brewing in Bosnia at the time. Still, with hit songs like "Balada o Pišonji i Žugi", "Hadžija il bos", and "Dan Republike", the band managed to regain its popularity and commercial success. Though never fully involved in the band's day-to-day life, Kusturica left Zabranjeno Pušenje in 1988.

Kusturica continued to make highly regarded films into the next decade, including his American debut, the absurdist comedy Arizona Dream (1993). He won the Palme d'Or for his black comedy epic, Underground (1995), based upon a scenario of Dušan Kovačević, a noted Serbian Playwright. He also taught Film Directing at Columbia University's Graduate Film Division.

In 1998, he won the Venice Film Festival's Silver Lion for Best Direction for Black Cat, White Cat, a farcical comedy set in a Gypsy (Romany) settlement on the banks of the Danube. The music for the film was composed by the Belgrade-based band No Smoking Orchestra.

Kusturica returned to the group following the Black Cat, White Cat film and the band's name changed to Emir Kusturica & The No Smoking Orchestra. In 1999, the No Smoking Orchestra recorded a new album, Unza Unza Time, produced by the Universal record company, as well as a music video, directed by Emir Kusturica. The band has been touring internationally since 1999. The musician and Composer Goran Bregović has composed music for three of Kusturica's films: Time of the Gypsies, Arizona Dream, which featured Iggy Pop; and Underground.

After numerous film cameo appearances over the years, Kusturica's first sizable acting role took place in The Widow of St. Pierre, a 2000 movie by Director Patrice Leconte, where he played a convict on the French island colony of Saint Pierre.

In 2001, Kusturica directed Super 8 Stories, a documentary road and concert movie about The No Smoking Orchestra, of which he is a band member. He was appointed President of the Jury of the 2005 Cannes Film Festival. His film, Maradona, a documentary on Argentine soccer star Diego Maradona, was released in Italy in May 2007. It premiered in France during the Cannes Film Festival in 2008. His film Promise Me This premiered at the 2007 Cannes Film Festival. In June 2007, Kusturica directed the music video to Manu Chao's single "Rainin in Paradize", from the latter's forthcoming album.

In 2002, Kusturica appeared as an electric guitar player/security specialist in The Good Thief, directed by Neil Jordan.

In May 2004, Nikolaidis wrote in the Monitor magazine:

On Đurđevdan (St. George's Day) in 2005, he was baptised into the Serbian Orthodox Church as Nemanja Kusturica (Немања Кустурица) at the Savina monastery near Herceg Novi, Montenegro. To his critics who considered this the final betrayal of his Bosniak roots, he replied that:

At the 2007 parliamentary elections, he gave indirect support to Prime Minister Vojislav Koštunica and his center-right Democratic Party of Serbia. In 2007, he also supported the Serbian campaign Solidarity - Kosovo is Serbia, a campaign against the unilateral separation of the Serbian province of Kosovo.

Since 2008, Drvengrad hosts the annual Küstendorf Film and Music Festival, which showcases films and music from all around the world as well as a competition programme for student short films. The festival is known for not having a red carpet as well as none of the popular Hollywood festival artifacts.

In the French movie L'affaire Farewell (2009), he played the role of a Russian KGB agent, Colonel Sergei Gregoriev.

In October 2010 Kusturica withdrew from the jury of Antalya Golden Orange Film Festival after being publicly criticized and accused by Turkish Director Semih Kaplanoğlu and Turkey's minister of culture Ertuğrul Günay over his alleged remarks and opinions about the Bosnian War.

On 28 June 2011 Kusturica started the construction project of Andrićgrad (also known as Kamengrad, meaning Stone Town), located in Višegrad, Republika Srpska, Bosnia and Herzegovina, which was scheduled to be completed by 2014. Andrićgrad is located several kilometers from Kusturica's first town Drvengrad, in Serbia. Andrićgrad will be used as a filming location for his new film "Na Drini ćuprija", based on the book The Bridge on the Drina, by Nobel Prize for Literature laureate Ivo Andrić. His last name is used in the town name Andrićgrad, meaning "Town of Andrić" in Serbian.

Kusturica was awarded the Order of St. Sava, First Class, for his selfless care and presentation of the Serbian nation in the world, on 12 May 2012. On 4 November 2016 he received the Order of Friendship from Vladimir Putin in Moscow. He communicated in Russian at the event.

Public sentiment in Turkey and in Serbia was such that a couple of days after Kusturica left Turkey, there were news reports by Serbian tabloids claiming that a mob of Turkish youths in Antalya physically assaulting Swiss actor Michael Neuenschwander (in town to promote his movie 180° – Wenn deine Welt plötzlich Kopf steht) because they mistook him for Kusturica due to apparent physical resemblance between the two. Later, Neuenschwander's press agent said there was no physical assault and that Neuenschwander was verbally abused by a small group.