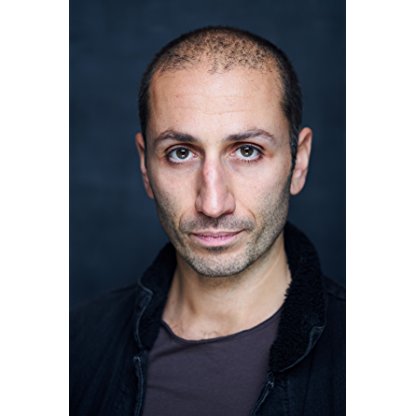 George Georgiou was born on 1961, is Actor. George trained at the prestigious Drama Centre London alongside Tom Hardy and Michael Fassbender. He grew up above his fathers grocery store in North London. His career started on the London stage in plays at the National Theatre, Theatre Royal S.E, Haymarket Theatre and numerous off West End productions. In 2012 he returned to the stage to play the leading role in a new play 'Chicken' at the Trafalgar Studio in the heart of London's West End. George has appeared in some of the most successful TV shows including Game of Thrones, The Honourable Woman, Homeland,The Americans, The Last Ship, Bones, Law & Order, Spooks and many more. On the big screen George starred in the mega hit movie Mamma Mia along side Meryl Streep. Other movies include 300:Rise of an Empire, RED 2, The Cut, The Mummy (2017).
George Georgiou is a member of Actor

Through a series of haunting architectural and landscape scenes of Turkey's rush toward modernization – and the resulting tension between the secular and the modern – George Georgiou has visually put his finger on a kind of listless alienation which at times can seem to pervade globalized society.

Georgiou had long been curious about Turkey, and when his visit to Istanbul in 2003 coincided with bombings he determined to learn more about the issues involved. The eventual theme to his work in Turkey gradually emerged as he observed bleak new collective housing springing up for an incongruous urbanisation of the rugged Anatolian plateau. The resulting work, Fault Lines/Turkey/East/West, explores the notion of an East/West division and the additional and complex fault lines – religious/secular, tradition/modernity, and more – that cross the Turkey of today.

Georgiou belongs to Panos Pictures. His noncommercial approach has presented challenges; speaking in 2009, he described himself as having large debts but remaining optimistic.

In late 2010 Georgiou had been working for five years on In the Shadow of the Bear, a project that looks at the aftermath of the peaceful "Rose" and "orange" revolutions that took place in Georgia and the Ukraine against the backdrop of Russia's resurgence as a major international power and its continuous involvement in the two nations' affairs. The project looks at signs in the domestic and public spheres, that when taken together build up a representation of how the people of Georgia and the Ukraine negotiate the space that they find themselves in; individual aspects of the two very different countries, and aspects Common to them through their shared history in the Soviet Union. Georgiou hopes to present this work in either one volume or two.