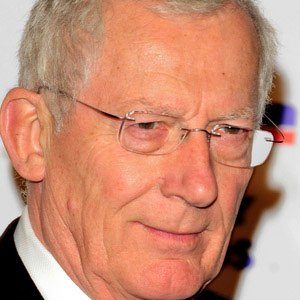 British host of The Countdown. He played Lord Alan Sugar's adviser on The Apprentice.

He ran his own PR company for 20 years before selling it.

He once appeared on Have I Got News For You.

He had two children with his former wife Margo Spindler. Margo and he divorced in 1985.

He worked as an adviser for Alan Sugar on The Apprentice.