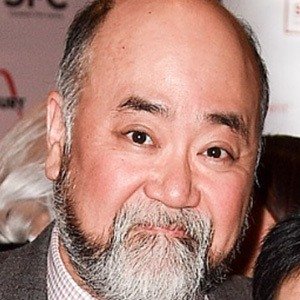 Korean-Canadian actor well known for portraying Randy Ko in the soap opera Train 48. He played Appa in both the play and television adaptation of Kim's Convenience.

He attended but did not complete the drama programme at University College at the University of Toronto.

He wrote his own play called Dangling. He has twice been nominated for the Dora Mavor Moore Award for Outstanding Performance by a Male in a Principal Role, Large Theatre for his roles in The Monster Under the Bed and Kim's Convenience. He also voiced Jung Park in the Rainbow Six: Vegas video games.

His parents immigrated from South Korea to Canada when he was 3 months old.

He starred alongside Simu Liu in the television adaptation of Kim's Convenience.