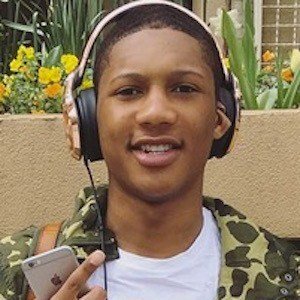 Rapper and recording artist who became famous after releasing his single "Life" featuring rapper Meek Mill in 2014. He is also known for his singles "Panda Freestyle," "In & Out" and "Move That DOPE."

He was born Derrick Gant. He began his rap career in December 2013.

His first solo mixtape was Cut From a Different Cloth, released in April 2014.

He was born and raised in Philadelphia, Pennsylvania.

He was briefly signed to Meek Mill's Philadelphia based record label Dream Chasers.