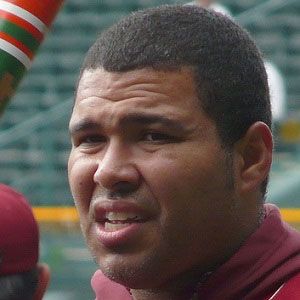 Designated hitter and first baseman who made his MLB debut in 2008 with the Minnesota Twins and signed with the Toronto Blue Jays the following year.

He signed a minor league deal with the New York Yankees in 2013.

He grew up in The Bronx, New York.

All-Star catcher Joe Mauer was his teammate on the Twins.