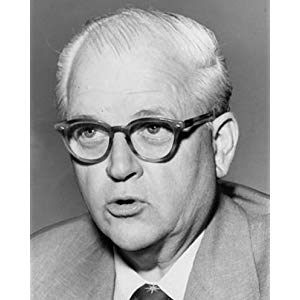 Roy Del Ruth was born on Oct. 18, 1895, in Philadelphia, PA. He began his Hollywood career as a writer for Mack Sennett in 1915. He began directing in 1919 for Sennett with the two-reeler Hungry Lions and Tender Hearts (1920).
Roy Del Ruth is a member of Director

Roy Del Ruth was born on Oct. 18, 1895, in Philadelphia, PA. He began his Hollywood career as a writer for Mack Sennett in 1915. He began directing in 1919 for Sennett with the two-reeler Hungry Lions and Tender Hearts (1920). In the early 1920s he moved over to features with such efforts as Asleep at the Switch (1923), The Hollywood Kid (1924), Eve's Lover (1925) and The Little Irish Girl (1926)_. Following several more titles, many of which were later lost in a film vault fire, he directed The First Auto (1927), a charming look at the introduction of the first automobile to a small rural town. The film featured several elaborate sound effects for the time and was considered lost until it was restored years later. Del Ruth went on to direct a number of films before having the distinction of directing the musical The Desert Song (1929), the first color film ever released by Warner Bros. That same year he directed Gold Diggers of Broadway (1929), Warner's second two-strip Technicolor, all-talking feature that also became a big box-office hit for the director. Having successfully segued into the talkie era, Del Ruth directed two more two-strip color musicals, Hold Everything (1930) and The Life of the Party (1930), before directing James Cagney and Joan Blondell in the cheerfully amoral gangster film Blonde Crazy (1931). That same year he directed the first of three adaptation of Dashiell Hammett's famed novel, The Maltese Falcon (1931). In that one Ricardo Cortez portrayed the roguish private eye Sam Spade, whose investigation of a murder case entwines him in a plot involving a number of unsavory types searching for a fabled, jewel-encrusted falcon. While the plot basically mirrors the 1941 remake (The Maltese Falcon (1941), this pre-Code version featured several instances of sexual innuendo, including Bebe Daniels bathing in the nude, overt references to homosexuality and even one instance of cursing.

Del Ruth reunited with James Cagney for the crime drama Taxi! (1932) and helmed the well-regarded show-biz comedy Blessed Event (1932). He went on to pilot a number of above average-pictures such as The Little Giant (1933) starring Edward G. Robinson, Lady Killer (1933) with Cagney again, Bureau of Missing Persons (1933) featuring Bette Davis, Upper World (1934) with Ginger Rogers and the musical comedy Kid Millions (1934) starring Eddie Cantor. He next directed Ronald Colman in his second and final appearance as Bulldog Drummond in the detective mystery Bulldog Drummond Strikes Back (1934) and steered the backstage showbiz musical Broadway Melody of 1936 (1935), starring Jack Benny and Eleanor Powell

After returning to the realm of crime for It Had to Happen (1936) with George Raft and Rosalind Russell, Del Ruth directed James Stewart in one of the actor's few musicals, Born to Dance (1936). He followed up with Broadway Melody of 1938 (1937) before guiding ice skating star Sonja Henie through My Lucky Star (1938) and Happy Landing (1938).

Del Ruth continued churning out product for the studios, helming competent films like The Star Maker (1939), Here I Am a Stranger (1939), He Married His Wife (1940) and Topper keert terug (1941). After working solo on The Chocolate Soldier (1941), Maisie Gets Her Man (1942), Du Barry Was a Lady (1943) and Broadway Rhythm (1944). It may be interesting to note that Del Ruth was the second highest paid director in Hollywood from the period 1932-41, according to Box Office and Exhibitor magazine.

Del Ruth was one of seven directors on the successful Ziegfeld Follies (1945), which featured an all-star cast of Fred Astaire, Lucille Ball, Fanny Brice, Judy Garland, Gene Kelly, Lena Horne, Red Skelton and William Powell. From there he helmed the cheerfully ambitious Christmas-themed It Happened on Fifth Avenue (1947), an appealing entertainment that was compared to It's a Wonderful Life (1946), but did not have that film's generational resonance. Still, the musical comedy starring Don DeFore and Ann Harding was still a touching film that managed to delight. Del Ruth next directed The Babe Ruth Story (1948), with William Bendix badly miscast as baseball legend Babe Ruth. Bending historical truths lest he offend Ruth's legacy, Del Ruth's biopic was rushed through production amidst news of the ailing Ruth's declining health. Even Del Ruth remained unsatisfied with the results.

He directed George Raft again in the film-noir crime drama Red Light (1949), Milton Berle and Virginia Mayo in the comedy Always Leave Them Laughing (1949) and James Cagney in the vibrant The West Point Story (1950). Following a pair of mediocre Doris Day musicals, Starlift (1951) and On Moonlight Bay (1951), Del Ruth's career began to slow to basically one project a year, with Stop, You're Killing Me (1952) and the James Cagney military musical About Face (1952). He went on to direct Jane Powell and Gordon MacRae in Three Sailors and a Girl (1953), then took a short excursion into the new 3D process with the horror film Moord in de Rue Morgue (1954) with Karl Malden.

Away from the director's chair for the next five years, Del Ruth returned to helm the low-budget horror picture The Alligator People (1959), a bizarre tale about humans being partially transformed into alligators in the Deep South, a picture that would seem more suited to Roger Corman than Del Ruth. His ended his career with the misfire Why Must I Die? (1960), apparently made to cash in on the success of the better known Susan Hayward film I Want to Live! (1958).