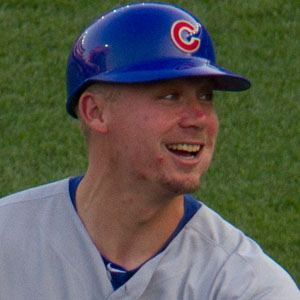 Major league catcher who debuted with the Chicago Cubs in 2011.

He initially played second base in the minors but converted to catcher his second year.

He grew up in Baltimore with his family.

Living in Baltimore as a kid, he idolized Oriole great Cal Ripken, Jr.