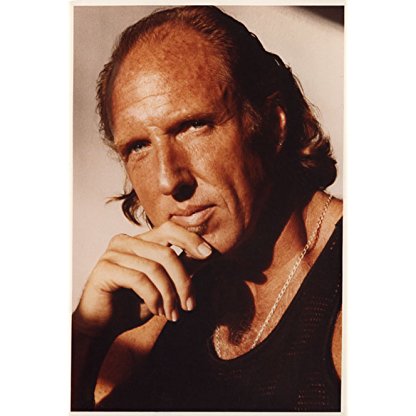 Brion James was born on February 20, 1945 in  Redlands, California, United States, is Actor, Producer. Brion James was born February 20, 1945, in Redlands, California, to Ida Mae (Buckelew) and Jimmy James. The family soon moved to Beaumont, California (between Los Angeles and Palm Springs), where his parents built and operated a movie theater, where stars such as Gene Autry would occasionally stop by. After graduating from Beaumont High School in 1962, Brion attended San Diego State University, majoring in theater arts. Upon graduation he moved to New York to study acting while working a variety of jobs to support himself in the early years. He also did a stint in the National Guard. He and fellow actor Tim Thomerson served in the army together and later made several films together. A veteran of over 100 television and 120+ movie roles, James is best remembered for roles such as the replicant Leon in Blade Runner (1982), Gen. Munro in Le cinquième élément (1997), Big Teddy in Cabin Boy (1994), Max Jenke in The Horror Show (1989) (his personal favorite) as well as countless other parts in films like Southern Comfort (1981), The Player (1992), Tango & Cash (1989), 48 Hrs. (1982), Another 48 Hrs. (1990), Enemy Mine (1985) and Silverado (1985). Brion is survived by two brothers, Craig James of Scottsdale, Arizona, Chester James of Beaumont, California and their families.
Brion James is a member of Actor 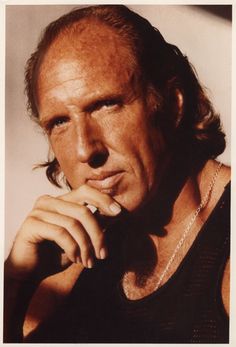 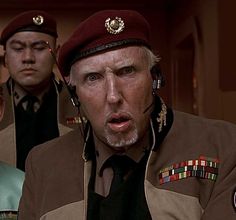 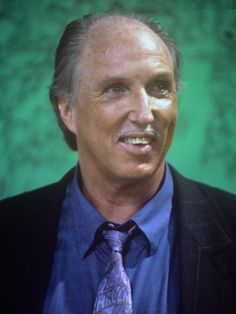 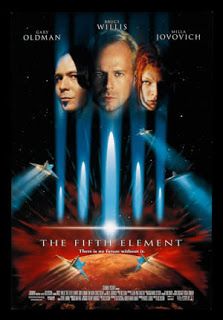 James was born in Redlands, California, the son of Ida Mae (née Buckelew) and Jimmy James. He spent his early years in Beaumont, California, where his parents owned and operated a movie theater; James had said, "My story is like Cinema Paradiso. Every night in my life since I was 2 years old... I ran movies". After graduating from high school in 1962, James attended San Diego State University as a Theater Arts major. Migrating to New York, James immersed himself in the theatre scene, taking on bit roles here and there.

In 1975, James landed a small role in the made-for-television film, The Kansas City Massacre, playing John Dillinger gang member Homer Van Meter. Higher profile roles followed in 1976, with his casting in Nickelodeon and Harry and Walter Go to New York. James also appeared in the acclaimed television miniseries Roots and popular 1970s shows such as Gunsmoke, The Incredible Hulk, Mork and Mindy, Chico and the Man, and CHiPs.

James' career took a sudden upturn in the early 1980s with several sharply defined character roles in films such as Southern Comfort and 48 Hrs. (which were both directed by Walter Hill), but it was his performance as Leon Kowalski in the 1982 film Blade Runner that gave him his greatest, most lasting fame. Even though his memorable performance threatened to typecast the intense yet versatile actor as a movie villain for the remainder of the decade, James continued to pile up a prolific acting resume, playing significant roles in Enemy Mine, Flesh + Blood, A Breed Apart, Silverado, Armed and Dangerous, Red Heat, Steel Dawn, Red Scorpion, Tango & Cash and Showdown (portraying an obnoxious high-school vice-principal, Kowalski, whose name was probably an inside joke inspired by Blade Runner). James continued his strong work on the small screen as well, with guest spots in Benson, Quincy, M.E., The A-Team, Little House on the Prairie, The Dukes of Hazzard, Matlock, Miami Vice, Sledge Hammer!, and Dynasty. In the 1990s, he appeared in Highlander: The Series, and as Sheriff Bowman in the Millennium season 2 episode "Luminary". He lent his voice to the character of Parasite in Superman: The Animated Series. In 1982, he was in the made-for-TV-movie Hear No Evil as Billy Boy Burns.

His only starring role was in the low-budget 1989 supernatural horror film The Horror Show (aka House III), where he played serial killer "Meat Cleaver Max" Jenke. This was his all-time favorite role. The character was expected to spin off into a series, but there were no other movies with this character. James was relieved as he said he didn't want to make a career out of something so schlocky.

In 1994, he played a grouchy sponsor who became a victim of the gruesome goings-on during a 1939 radio show in the film Radioland Murders. Another of his most memorable roles came near the end of his career, as the amiable General Munro in The Fifth Element (1997). Two months before his death, James reprised his role as Parasite in Superman 64, a video game based on the critically acclaimed Superman: The Animated Series.

James died in 1999 from a heart attack in Malibu, California. He appeared in five feature films that were released posthumously. The last of these was Phoenix Point (2005).

The motion picture The King Is Alive (2000) was dedicated to him.