Deryck Guyler was born on April 29, 1914 in  Wallasey, Cheshire, England, United Kingdom, is Actor. Deryck Guyler, born at the outbreak of WW1 in 1914 at Liverpool in England, was the only child of Elsie and Samuel Guyler. He grew up in Liverpool and had his senior education at Liverpool College. On leaving school he tried his hand at a few things including working with his father in the family jewelers business 'Green & Guyler'. However, he then left home to go to Bristol theological college to become an Anglican Minister, in those days Deryck was not a Catholic. It was not long before it became obvious to the 'powers-that-be' that he would make a better actor than a Parson!!!! So, he eventually joined the Liverpool Repertory Company in 1935 which became his training ground for a very successful career in theatre, radio and television.During the war, however, he was called up to join the RAF Police and served there for a time before being invalided out and then rejoined his profession. As all the theatres had been closed down due to wartime, he was sent out on ENSA (Entertainment National Services Association) to entertain the troops. It was during this time that he met and married his wife Paddy, who was also working on ENSA with her two sisters as a three handed singing harmony act, 'The Lennox Sisters'. They were married on 15th Sep 1941 so, at the time of his death Deryck and Paddy had just celebrated their 58th wedding anniversary. They had two sons, Peter, born 26th April 1943 during the war and Chris, born after the war on 15th June 1948. Soon after their son Peter was born, Deryck converted to the Catholic faith and became an active member of the 'Catholic Stage Guild'. They also had another wedding ceremony, as Paddy was also a Catholic, and son Peter was in the front row of the church.Just after the war, in 1946, Deryck joined the famous war time radio show ITMA ('It's That Man Again') and was with the show until its finish in 1949, due to the death of its star Tommy Handley. It was during this time that he was renowned for bringing to the radio, for the first time, the Liverpudlian accent with his immortal character "Frisby Dyke". Not long after this television started and Deryck began pursuing his very successful career in this new medium of entertainment. Due to the excellent quality of his voice he started in television, as many did, doing 'voice-overs' for many, many commercials which was his 'bread and butter', but then, he went on to become as well known for his face as he was for his voice in many TV series including Three Live Wires (1961), Room at the Bottom (1966), Best of Enemies (1968) and the well known Sykes (1972) series with Eric Sykes, Hattie Jacques and Richard Wattis. There were many other series that followed, supporting such other stars as Michael Bentine in It's a Square World (1960) and Harry Worth in his own series and then, of course, the TV series he's probably best known for, Please Sir! (1968) as the cantankerous school janitor 'Norman Potter'!!It was in 1982 that he went out to New Zealand to star in a series written by an English TV scriptwriter Vince Powell called "An Age Apart"; it only went to 'air' in New Zealand. So, after a long successful career lasting over 50 years he then decided to retire 'down under' in Australia to be near his younger son Chris and his family, Deryck's three grandchildren, Paul, Mark and Cathryn. Deryck and his wife Paddy arrived in Brisbane on 5th November 1993, and lived in the tree-lined suburb of Ashgrove until about September of 1997. In October of that year, due to a few unfortunate falls at home attributed to his frailty and ailing legs, he had to go into a nursing home to be cared for, his wife Paddy being too small and frail herself to care for him. Regrettably due to his frailty; he had to be content with a wheelchair to get around. Paddy moved to 'Forest Place' Retirement Village, attached to the nursing home, and naturally, visited him daily. The rest of the family too often visited him in the nursing home where he was looked after admirably by the nursing home staff at 'Forest Place' until the evening of 7 October 1999 when he passed away very peacefully at about eight o'clock whilst wife Paddy and son Chris with his wife, were at his bedside to say their final 'Goodbyes'.His funeral service was held at St. Mark's Catholic Church, Inala on the 13 October 1999 and he was cremated at Mt. Gravatt Cemetery. In 1995 there was a wonderful 10 minute tribute to Deryck, made by Danny Baker and the BBC, which the family used as a part of the eulogy delivered by his son Chris at his funeral service at St. Mark's. Deryck's wife Paddy also passed away on 6 January 2002 and their ashes are now buried side by side in the "Guyler" family 'garden seat' estate in the peaceful surroundings of "Mount Thompson Memorial Gardens" in the Brisbane suburb of Holland Park.
Deryck Guyler is a member of Actor 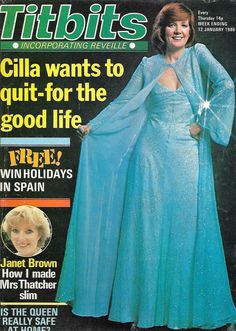 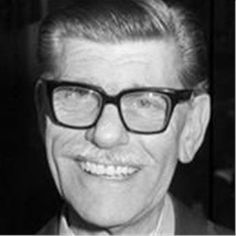 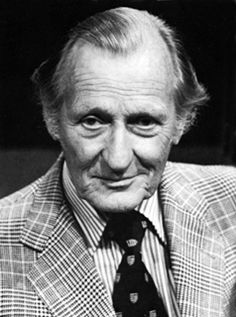 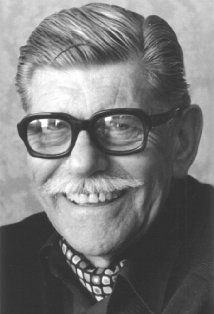 In 1941 Guyler married Paddy Lennox from the three-sister variety harmony act the Lennox Sisters, and they had two sons, Peter and Christopher.

Guyler was born in Wallasey on the Wirral Peninsula, Cheshire, and brought up on the other side of the River Mersey in Liverpool, Lancashire, where his father was a jeweller. He attended Liverpool College and originally planned a career in the church. In the 1930s he joined the Liverpool Repertory Theatre and performed in numerous productions. During the Second World War he was called up and joined the RAF Police but was later invalided from Service, whereupon he joined Entertainments National Service Association (ENSA) and then (on 4 May 1942) the BBC's Drama and Repertory company in Manchester.

During the war, he became a regular on the immensely popular radio series, It's That Man Again (ITMA), a series built around Comedian Tommy Handley. Guyler claimed that his character 'Frisby Dike' (named after a Liverpool department store bombed in the Blitz) was the first time the real Liverpudlian accent was heard on the radio. He took part in a Royal Command Performance of ITMA for King George VI and Queen Elizabeth in December 1947. Guyler remained with the show until the death of Handley in 1949 when the series ended.

In the 1950s, he played the time-traveller (also known as "the voice") in the British sci-fi radio series Journey Into Space. Guyler then took on the role in the title character of a Scotland Yard detective in the Light Programme series Inspector Scott Investigates, created by John P. Wynn, that ran from 1957 to 1963. During the half hour programme a crime was committed; Scott and his sidekick, Det. Sgt. Bingham (Brian Hayes, brother of Patricia Hayes) interviewed two or three suspects; then, while music played, there was a short intermission for listeners to guess 'whodunit' before the final reveal. In Henry Reed's series of radio dramas about Herbert Reeve's inquiries into the life of Richard Shewin, Guyler played General Gland, soldier-scholar, campanologist and author of war memoirs, most notably in Not a Drum was Heard. During the 1960s and 1970s, when he starred in the satirical radio programme about life in the British civil Service The Men from the Ministry with Richard Murdoch, Guyler played the pompous, self-important Number One in the General Assistance Department, with Murdoch as his diffident but equally incompetent Number Two.

Guyler holds a unique place in theatrical history, having 'acted' in every performance of The Mousetrap since the opening night on 6 October 1952 in Nottingham, via a recorded news bulletin which is still being used during performances of the play at St Martin's Theatre, London.

One of Guyler's first television appearances was as the manager of a TV repair shop in Three Live Wires in 1961, followed closely by his television success as one of Michael Bentine's sidekicks in the inventive and surreal BBC show It's a Square World (1961), but he gained greater recognition on the small screen in his association with Comedian and Writer Eric Sykes. He played the part of Constable ('Corky') Turnbull in Sykes and a... (1960–65) which was later revived as Sykes (1972–79). In 1975, he appeared in the ITV children's show The Laughing Policeman, based on the Charles Penrose song and his character from the series.

He appeared as the Police Inspector in the Beatles' film A Hard Day's Night (1964) and as the art professor in the Gerry & the Pacemakers film Ferry Cross the Mersey (1965).

In between the two series with Eric Sykes, Guyler was also a regular on the sitcom Please Sir! (1968–72), playing the cantankerous school caretaker Norman Potter. Claiming to be an ex-Desert Rat, Potter would often complain to John Alderton, who played the part of schoolteacher Mr Hedges, about class '5C' and their 'dreadful behaviour'.

Other television appearances include those in That's My Boy, a comedy series starring Mollie Sugden and Christopher Blake, and the short-lived political comedy Best of Enemies. He also played a drunken surgeon in the film Carry On Doctor. During the 1980s he did voice-overs in UK adverts for Scotch Video tapes. He was the narrator of the BBC documentary about Fred Dibnah - Fred Dibnah, Steeplejack

Guyler's passion was collecting jazz records and as of 1986, he had about 1,600 78rpm records, collecting records up to about the year 1947. He was also a virtuoso on the "wash board" (both facts courtesy of It's A Funny Business interview). He was also a well known wargamer, and was a founding member of the Society of Ancients, a group of wargamers specialising in the classical era. Very active in the society in its early years, being elected its first President in 1966, Guyler was later made an honorary life President of the society.

Guyler had been a devotee of washboard playing since his school days and appeared in numerous television light entertainment shows performing his washboard novelty act. In 1990, he played the washboard on three tracks of an album by long-time fan Shakin' Stevens. He also played washboard on an episode of the Morecambe and Wise Show.

A long-time resident of Norbury, South London, he retired to Ashgrove, Brisbane, Queensland, Australia in 1993, to be near his younger son Chris, daughter-in-law Judy and his three grandchildren.

He died on 7 October 1999 and his funeral Service was held at St. Mark's Catholic Church, Inala, Queensland, on 13 October. In 1995 Danny Baker and the BBC had made a 10-minute tribute to Guyler, which was used as a part of the eulogy delivered by his son Chris. Guyler was cremated at Mount Gravatt Cemetery and his ashes were placed at Mount Thompson Memorial Gardens in the Brisbane suburb of Holland Park in a family "garden seat" estate.

His wife Paddy died on 6 January 2002 and is buried with her husband.