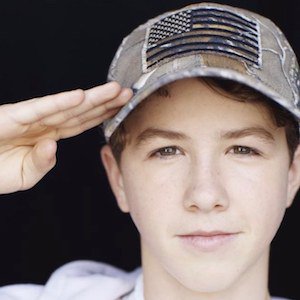 Disney channel personality well known for his roles as Bernie in Miles from Tomorrowland.

He provided the voice of Stinky in a show called The Stinky & Dirty Show.

In kindergarten, he earned the nickname of weedwacker.

He was raised in Hawaii alongside his older brother Christian. He has dated Bizaardvark co-star Olivia Rodrigo since 2018.