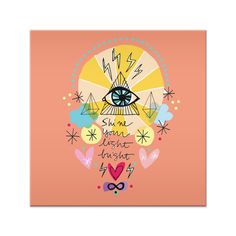 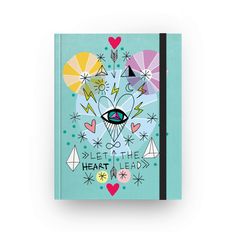 Her first major tv role was as murder victim and mob pawn Taffy Simms on the television soap opera The Edge of Night in the 1970s. She also had a regular role in the Barbara Eden sitcom Harper Valley PTA, playing PTA member, Vivian Washburn, and was one of the informal repertory company of the 1970s and 1980s sitcom Barney Miller, on which she made numerous appearances, including as an amateur prostitute housewife (in Series 4 Episode 3, "Bugs") and as a police detective with a jealous husband (in Series 4, Episode 18, "Wojo's Problem," and other episodes). She has had numerous recurring or guest starring roles in many other television shows, and her film career has included roles in Goodbye, Columbus (1969), The Taking of Pelham One Two Three (1974), 10 (1979), Oh, God! Book II (1980), and made for television movies, Curse of the Black Widow (1977), Choices of the Heart (1983) and Kids Don't Tell (1985).

She has produced and directed theatre in New York and Los Angeles, and teaches acting. Among other productions, in 1981 in Los Angeles and 2003 in New York, she produced and directed Cries for Peace, composed of firsthand accounts of Hiroshima and Nagasaki atomic bomb survivors performed by multi-ethnic casts. In 2010 she founded the New York City theater company, Glass Beads Theatre Ensemble, and produced and directed Playwright Michael Locascio's Lily of the Conservative Ladies, at the June Havoc Theatre; and produced, directed and, with Danna Call and Craig Pospisil, co-wrote Browsing, performed as part of the 2011 New York International Fringe Festival.

Strokes of Existence: The Connection of All Things (2007)

“Mari Gorman's portrayal as Jackie in The Hot L Baltimore was transcendent and transformative. So is this book. Ms. Gorman is one of a kind. So is this book. Rather than attribute the genius of her performance to mysterious magic, Gorman in Strokes of Existence splits the acting atom and analyzes its particles - in order to create genius anew."—Brenda Currin, Obie winning actor and co-Founder and Director of What Girls Know, a nationwide theatre program for adolescent girls.

“Mari Gorman has written an exquisitely crafted book on the art of acting, and equally on the art of life. Drawing on deep insights into the elements of gesture and meaning, she demonstrates how a whole can emerge that is more than the sum of its parts. And yet, all the world is a stage. She casts a wide philosophical net as well, drawing out the analogy between such emergent meaning on stage and in life and the strange, almost human-like behavior of ‘mere’ matter at its most fundamental level.” --Jeffrey Satinover, theoretical Physicist, author of The Quantum Brain: The Search for Freedom and the Next Generation of Man

Mari Gorman had her first professional role in Arnold Wesker’s The Kitchen, directed by Jack Gelber, with Rip Torn. She has won Obie Awards for three acting performances: in Walking to Waldheim, by Mayo Simon, directed by George L. Sherman at Lincoln Center; The Memorandum, by Vaclev Havel, directed by Joseph Papp at The Public Theatre; and The Hot L Baltimore, by Lanford Wilson, directed by Marshall W. Mason at The Circle In-the-Square (with Circle Repertory Company), for which she also received the Theatre World Award, Drama Desk Award and Clarence Derwent Award. Other highlights include the lead role of The Girl in The Red Convertible, by Enrique Buenaventura, in the premiere production of The Third Stage (Tom Patterson Theatre) at Stratford Shakespeare Festival, Ontario; the role of Pam in the American premiere of Saved by Edward Bond, with the Yale Repertory Theatre; and the role of Kathy in the world premiere of Moonchildren (originally titled Cancer) by Michael Weller at The Royal Court Theatre in London. She has acted in numerous television series and has taught acting on both coasts, in her own studios as well as at Loyola University in Los Angeles, and as a Lecturer-in-Acting as a repertory company member at the Yale Drama School. She has directed several productions in New York and L.A., where she won a Drama-Logue Award for her direction of Vanities, by Jack Heifner. In 1974, after Hot L, she began a formal investigation of acting which has led to discoveries that pertain to numerous disciplines in addition to acting. In 2007 she published Strokes of Existence: The Connection of All Things, about this work, which continues. She has a BA in Theatre, and MA in Liberal Studies (Transformations of Modernity) CUNY Graduate Center, 2017.