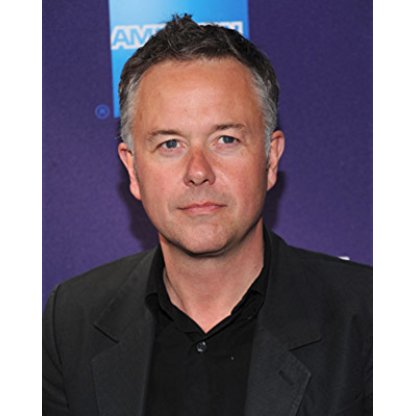 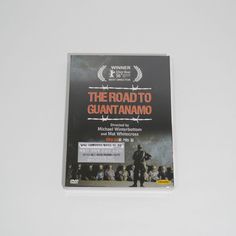 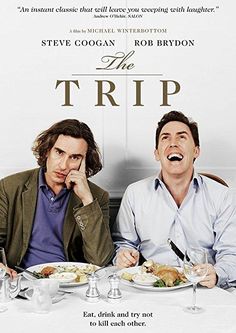 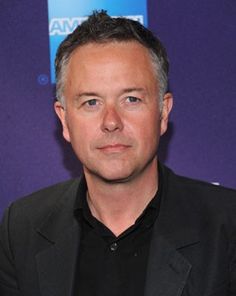 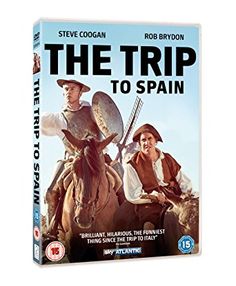 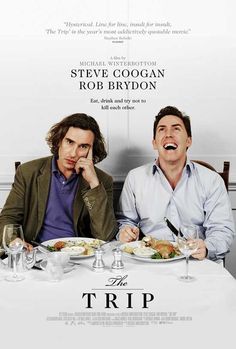 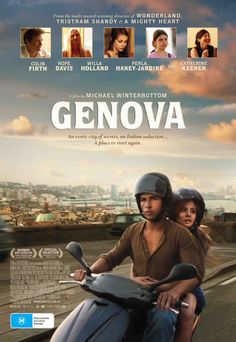 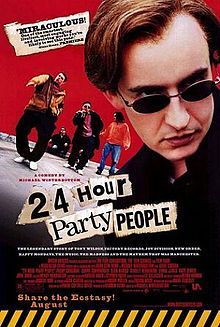 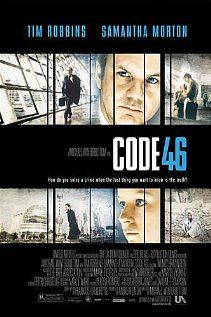 Winterbottom followed that project up with his biggest budgeted film, The Claim, an adaptation of Thomas Hardy's The Mayor of Casterbridge set in 1860s California. Shot with a budget of $20 million in the wilds of Canada, it was not a financial success and proved an ordeal to make, with Winterbottom himself getting frostbite. The production had previously been ready to shoot in Spain, with sets already built, when financing fell through. Attempts were made to cast Madonna, in a role eventually played by Milla Jovovich and many of the production details and difficulties were explained to the public on an unusually frank official website.

Jim Sturgess, Colin Firth and Matthew Macfadyen were at one point set to star in this political thriller set in 1930s/1940s Palestine. Sturgess and Macfadyen were to play two British police officers hunting Zionist militant Avraham Stern, while Firth would play an official of the British Mandate government. The screenplay was written by Winterbottom and Laurence Coriat. Although the film never entered production, Winterbottom did shoot documentary footage in Israel with surviving participants in the events.

Winterbottom's next two films both had distribution difficulties and were not widely seen. I Want You is a neo-noir sex thriller set in a decaying British seaside resort town. Starring Rachel Weisz and Alessandro Nivola, it was shot in bold primary colors by the Polish Cinematographer Slawomir Idziak and was inspired by the Elvis Costello song of the same name. Idziak won an Honourable Mention award at the 48th Berlin International Film Festival for his work on the film.

Winterbottom's film of Jim Thompson's 1952 noir novel, starring Casey Affleck, Kate Hudson and Jessica Alba is a period film which follows a small town Texas sheriff (Affleck), who is also a psychotic killer, through his descent into complete madness. It premiered at the 2010 Sundance Film Festival and caused controversy for the realistic brutality of its violence toward women. In his defence, Winterbottom said, "It's not the real world. It's kind of a parallel version of the real world. . . . I was taken in by that world."

24 Hour Party People documents the anarchic, drug and sex-fueled rise and fall of the influential label Factory Records and the music scene in Manchester from the late 1970s to the mid-1990s. As much an ode to the city of Manchester as the story of the contemporary musical world, the film stars Steve Coogan as broadcaster/music-mogul Tony Wilson.

Winterbottom's television directing career began with a documentary about Ingmar Bergman and an episode of the children's series Dramarama in 1989. He followed this with the television film Forget About Me in 1990, starring Ewen Bremner, which followed two British Soldiers who become involved in a love triangle with a young Hungarian hitch-hiker on their way to Budapest for a Simple Minds concert.

In 1991 he directed episodes of various British TV shows, including the 4-part children's series Time Riders and an episode of Boon. In 1992 he directed the television film Under the Sun about a young British woman traveling in Greece, starring Kate Hardie.

In 1993 he directed an episode of the Inspector Alleyn Mysteries; Love Lies Bleeding, a television film written by Ronan Bennett about a convicted IRA member on a 24-hour home leave from prison in Belfast; and The Mad Woman in the Attic, the pilot of Jimmy McGovern's mystery series Cracker.

He next directed the 1994 mini-series Family, written by Roddy Doyle. Each of four episodes focused on one member of a working-class Dublin family. It was this series that first brought Winterbottom to the attention of filmgoers, when it was edited down into a feature and shown at festivals.

Winterbottom's 1995 cinematic debut firmly established his intense visual sense, naturalistic style and compelling use of pop songs to reinforce narrative. The story of a mentally unbalanced lesbian serial killer and her submissive lover/accomplice falling in love as they slaughter their way across the motorways of Northern England. It found only a limited release.

In 1996 Winterbottom adapted his favourite novel, Thomas Hardy's bleak classic Jude the Obscure, the tale of forbidden love between two cousins which had so scandalized British society on its release in 1895 that Hardy gave up novel-writing. It was not Winterbottom's first time approaching the work, having already filmed the pig slaughter sequence at film school. Starring Christopher Eccleston and Kate Winslet, Jude brought Winterbottom wider recognition, his first screening at Cannes and numerous Hollywood offers, all of which he eventually turned down.

1999's Wonderland marked a decided shift in style for Winterbottom, with its loose, handheld photography and naturalistic, often improvised dialogue which drew comparisons to Robert Altman. Featuring Gina McKee, Shirley Henderson, John Simm, Ian Hart and Stuart Townsend, it is the story of three sisters and their extended family over the Guy Fawkes Day weekend in London. The disparate elements are tied together by an orchestral score by minimalist Composer Michael Nyman, who would become a frequent collaborator with Winterbottom.

His 2002 film In This World depicts the harrowing journey of two Afghan refugees from Pakistan, across the Middle East and Europe to Britain which they try to enter with the help of people smugglers. Shot on digital video with non-professional actors who virtually lived out the events of the film, its compelling sense of reality brought Winterbottom numerous awards including a Golden Bear and a BAFTA for best film not in the English language.

9 Songs, released in 2004, gained attention as the most sexually explicit film ever to receive a certificate for general release in the UK. It charts a year-long relationship between two lovers, almost exclusively through their sexual interaction and various rock concerts the couple attend. During these concerts, the nine songs of the film's title often comment on the couple's relationship. The film became notorious in the UK for its candid scenes of unsimulated sex between the leads, Kieran O'Brien and Margo Stilley.

Winterbottom's The Road to Guantanamo is a docu-drama about the "Tipton Three", three British Muslims captured by US forces in Afghanistan who spent two years as prisoners at the Guantanamo Bay detention camp as alleged enemy combatants. It was shot in Afghanistan, Pakistan, and Iran (which doubled as Cuba) in the autumn of 2005. It premiered at the Berlinale on 14 February 2006. It debuted in the UK on television, on 9 March, as it was co-financed by Channel 4.

Genova is a family drama about an Englishman, played by Colin Firth, who moves his two American daughters to Italy following the death of his wife. Once there, the oldest girl starts exploring her sexuality, while the younger girl begins to see the ghost of her mother. It co-stars Catherine Keener and Hope Davis and was filmed in the titular city of Genoa, Italy, during the summer of 2007. It was written by Wonderland Screenwriter Laurence Coriat. It premiered at the 2008 Toronto Film Festival and Winterbottom later won the Silver Shell for best Director at the San Sebastian International Film Festival.

Winterbottom was reunited with his The Road to Guantanamo co-director Mat Whitecross on a documentary based on Naomi Klein's bestselling book The Shock Doctrine. The film follows the use of upheavals and disasters by various governments as a cover for the implementation of free market economic policies that benefit only an elite few. Klein at first disowned the film after learning that it would be composed almost entirely of period footage and narration, with virtually no interview material with sources. The film premiered at the 2009 Berlin Film Festival and aired in the UK on Channel 4's More4 documentary channel on 1 September 2009. It made its American premiere at the 2010 Sundance Film Festival, alongside Winterbottom's following film. At the festival, Klein, who had reconciled herself with the filmmakers' approach, participated in a Q&A with Winterbottom and Whitecross.

This improvised six-episode comedy series, filmed in the English Lake District, stars Steve Coogan and Rob Brydon as the semi-fictionalized versions of themselves they previously played in A Cock and Bull Story. Coogan, an actor unhappy with his career, agrees to write a series of restaurant reviews for The Observer in order to impress his girlfriend Misha (Margo Stilley). As the series opens, she has dumped him and he invites Brydon to take her place on the vacation. Each episode of the series takes place largely over a different gourmet meal, the restaurant names giving each episode their title. The episodes were edited down into a feature film which premiered at the Toronto International Film festival in September 2010, while the full series aired on BBC Two starting in November, 2010.

Winterbottom was attached in May 2011 to direct this adaptation of author Jess Walter's novel The Financial Lives of the Poets, which Walter adapted for the screen. Starring Jack Black, the film follows a man who loses his job and must keep his family afloat by working as a pot dealer.

Known during its lengthy production variously as Seven Days and then Here and There, the film stars John Simm as a man imprisoned for drug-smuggling and charts his relationship with his wife, played by Shirley Henderson. Written by Winterbottom and Laurence Coriat, the film was shot a few weeks at a time over a five-year period from 2007–2012 to reflect the protagonist's time in prison and achieve an authentic aging process. Everyday premiered at the Telluride Film Festival on 3 September 2012 and then screened at the Toronto International Film Festival on 8 September 2012. The film was produced by Britain's Channel 4 and premiered in the UK on television on 15 November 2012, later released theatrically on 18 January 2013. At the Stockholm International Film Festival in November the film was awarded the FIPRESCI-Award.

Winterbottom returned to Italy in November 2013 to shoot The Face of an Angel, starring Daniel Brühl, Kate Beckinsale, and Cara Delevingne. The film was written by Paul Viragh and was inspired partly by the book Angel Face by Barbie Latza Nadeau, about the dramatic, headline-making trial, conviction and eventual acquittal of American student Amanda Knox for the murder of her British roommate Meredith Kercher. However the film is not about the actual Knox case, but offers a fictionalized version of it, focusing instead on a filmmaker (Brühl) who becomes obsessed with the case. Winterbottom traveled to Perugia, Italy in 2010 and attended court hearings in the Knox case for research on the project. He said at the time that the film would be fictionalized and focus on journalists and the media circus surrounding the trial more than on the actual events in dispute. The film premiered at the 2014 Toronto International Film Festival.

Winterbottom was attached, as of May 2014, to direct a feature adaptation of Richard Hammer's 1982 book The Vatican Connection, the true story of how NYPD detective Joe Coffey uncovered connections between the Vatican and the Mafia while investigating a local New York mobster, leading to a global investigation. It will be written by Paul Viragh, based on an earlier script by Alessandro Camon.

Winterbottom began shooting this documentary in October 2014. The film, hosted by Comedian Russell Brand, looks at the financial crisis of 2007-2008 and global economic inequality. It premiered in London on 21 April 2015, followed by its international premiere on 24 April 2015 at the Tribeca Film Festival.

The film follows the British band Wolf Alice, focusing on two fictional members of the band's crew, played by Leah Harvey and James McArdle, while the band is on tour. It premiered on 9 October 2016 at the BFI London Film Festival.

As of May 2017, he is currently researching a film about journalists in present-day Syria.

His next film stars Dev Patel and Radhika Apte and started filming in Jaipur, India and other locations in Rajasthan in February 2018.