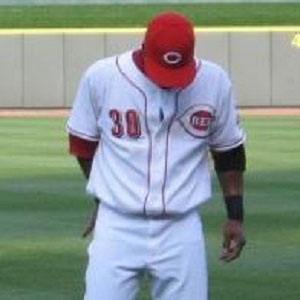 Outfielder who played three seasons in the big leagues for the Cincinnati Reds, hitting a combined .316 and playing all three outfield positions.

He played baseball at Shelby High School in North Carolina and was also the football team's quarterback.

He was born and raised in Shelby, North Carolina.

He was a teammate of giant left-handed slugger Adam Dunn on the Reds.