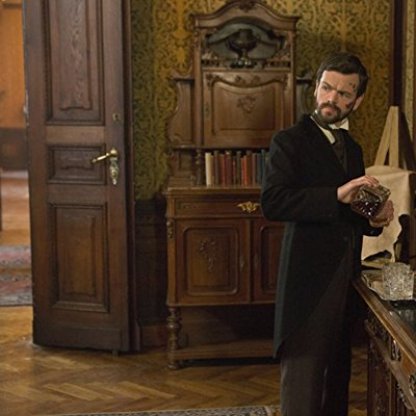 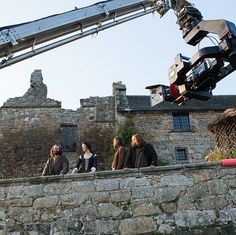 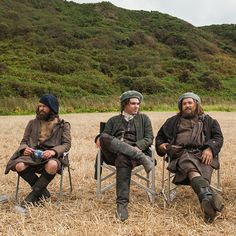 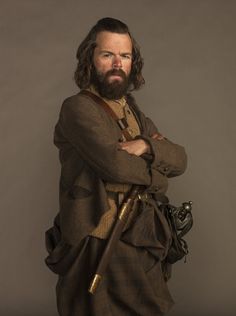 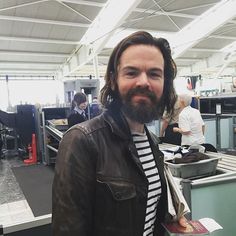 After obtaining of a BTEC in Performing arts at Southport College (1990–1992), Walters went on to gain a place at the Bristol Old Vic Theatre School (1994–1996). In 1994 he played the lead role of Joey Jackson, a poetic soul searching for the meaning of life, in Jim Morris' Blood on the Dole as part of the Alan Bleasdale Presents series for Channel 4. This performance garnered much critical acclaim for Walters and with the personal advice of Bleasdale he decided to apply to train at drama school.

Upon completion of drama school Walters appeared as Ian Glover in Jimmy McGovern's highly acclaimed drama Hillsborough (1996), based upon the Hillsborough disaster at the 1989 FA Cup Semi-finals. Hillsborough went on to win a BAFTA for best drama. His next performance was the role of Jamie Johnson on ITV's ill-fated drama series Springhill (1996), though Walters did not return for the second series due to artistic differences. In 1997 he would once again work with "Ghost Story" Director Julian Jarrold in the ITV drama Touching Evil. Walters would portray lead guest character Jack McCaffrey, a slippery cockney, in the two-part series one finale written by Paul Abbott.

Between 1998 and 2000, Walters appeared in several episodic performances such as BBC's Pie in the Sky, opposite the late Richard Griffiths, Mikey Sullivan in Jimmy McGovern's crime drama Liverpool 1, Technician Fifth Grade John McGrath in HBO's WWII miniseries Band of Brothers (based upon Historian Stephen E. Ambrose's 1992 book of the same name), and Scott in the BBC drama Nice Guy Eddie. During this time Walters completed his first feature film where he played the role of Dennis, opposite Robert Carlyle, in Jake Scott's anachronistic comedy Plunkett and Macleane.

That same year Walters featured in Producer Matthew Vaughn's film Mean Machine (2001), a remake of the 1974 Burt Reynolds classic, as bomb expert Nitro opposite Vinnie Jones. He then played the role of Nazi skinhead Blowfish in Ronny Yu's film The 51st State (AKA-Formula 51) opposite Samuel L Jackson and Robert Carlyle. Both characters showcased the more unpredictable, dangerous type of characters that Walters seems to relish.

These consecutive roles were the springboard to Walters being cast in the lead role of prison Psychiatrist Nick Vaughan, alongside Lennie James, in Channel 4's eight-part drama series Buried (2002). The series, by Producer Tony Garner, was awarded the BAFTA for Best Drama and Walters was the recipient of critical acclaim for his performance.

In 2003, Walters played the lead role of Dylan Forbes in the first episode of the ITV drama Murder City, directed by Sam Miller. The following year (2004) Walters was directed by Matthew Vaughn in the explosive supporting role of Shanks, opposite Daniel Craig, in the feature film Layer Cake. Vaughn, who had produced Barry Scholnick's Mean Machine, offered Walters the role. Walters' next project was Guy Richie's crime thriller feature film Revolver (2005) where, opposite Jason Statham, he portrayed Irish Joe. That same year saw a cameo appearance, as the Arkham Lunatic, in Christopher Nolan's acclaimed feature Batman Begins and a turn as Lord Gilbert Gifford in the BBC's dramatic mini-series The Virgin Queen.

In 2008 Walters appeared in the science-fiction noir film Franklyn, Director Gerald McMorrow's debut, which premiered at the London Film Festival. His dual role as Bill Wasnik/Wormsnakes was played opposite Bernard Hill and Ryan Philippe respectively. In the two-part series six finale of ITV's crime drama Wire in the Blood, Walters played on the loose serial killer James Williams. These episodes were directed by Philip John who would later direct Walters in Outlander (2014–2016). Robson Green, also featured in the series, collaborated with Walters in ITV's 1997 drama Touching Evil.

In Splintered, a horror movie released to cinemas in 2010, Walters played dual roles as brothers Vincent and Gavin. These roles were particularly demanding as scenes with both characters were shot and edited without the use of digital effects. Powder (2011), based on Kevin Sampson's novel of the same name, featured Walters in the role of Johnny Winegums, the manager of an aspiring POP music group. The film was partially shot on location at the V festival in Suffolk. Later that year Walters featured heavily in Age of Heroes alongside Sean Bean. The WWII drama, directed by Adrian Vitoria, highlighted the story of Ian Fleming's 30 Commando Unit who were assigned to infiltrate behind enemy lines in the Nazi controlled snowy mountains of Norway.

In 2012 Walters played the role of gangster Callum Rose, opposite his friend actor Stephen Graham, in the BBC production Good Cop. The series, written by Stephen Butchard and directed by Sam Miller, won the RTS award for Best Drama in 2013 despite only running for one series. That same year Walters played the role of Gaz in the drama Kelly + Victor, based upon Niall Griffith's 2002 novel of the same name.

In the spring of 2013, Walters played the lead role of Ricky Tomlinson in Ragged, a one-off drama for the Sky Arts Presents series, directed by Comedian Johnny Vegas. The role dealt with Tomlinson's incarceration during the 1970s builders' strike. Walters was nominated for an RTS Award as Best Actor in a single drama – and garnered praise from Tomlinson – for his performance. 2013 also brought Walters lead roles in two television series. First was the comedy Great Night Out, from Jimmy Mulville's Hat Trick Productions, where Walters played Daz Taylor. Second was The Village, where he played Crispin Ingham, a sadistic Teacher from Derbyshire. Director Antonia Bird cast Walters in the latter and he was devastated to hear of her sudden death not long after filming. Though a second series of The Village was commissioned, Walters was unable to reprise his role due to a scheduling conflict with filming Outlander (2014–2016). Walters also reunited with previous co-star Sean Bean in "Tracy's Story", a critically acclaimed episode of 2013's The Accused, penned by Jimmy McGovern.

From 2014 to 2016, opposite Sam Heughan, Caitriona Balfe and Graham McTavish, Walters portrayed the featured role of Angus Mhor in the television adaptation of Diana Gabaldon's best selling Scottish time travel novel Outlander. The expansion of Walters' Angus and Grant O'Rourke's Rupert MacKenzie is a favourite of Gabaldon's, who has described the television characters as "the 1800s' version of Laurel and Hardy". Between seasons one and two of Outlander, Walters was featured in two stylistically different shows for the BBC. The first was an appearance in two episodes of Dickensian (2015), a drama based upon the concept that author Charles Dickens' notable characters lived in the same Victorian neighbourhood. He was featured, opposite Stephen Rea's Inspector Bucket, as accused murderer Manning. Second, Walters guest starred as Borel in an episode of The Musketeers (2015), a retelling of Alexanre Dumas' classic French novel The Three Musketeers. Set in seventeenth century Paris, the series was filmed in Prague.

In early 2017, Walters appeared in two episodes of AMC's post-apocalyptic original series Into the Badlands as The Engineer, an American warlord, opposite Daniel Wu and Nick Frost. He also appeared as DCI Mark Guinness in RTS Award-winning Little Boy Blue, a four-part factual drama that was based on the murder of Rhys Jones and written for ITV by Jeff Pope. Summer 2017 saw Walters portray the role of failed rock star Johnny in Rowan Joffe's Tin Star. Already an accomplished musician, he was featured in the series both singing and playing the guitar. The production, filmed in Canada and starring Tim Roth and Christina Hendricks, has been described as a contemporary western.

During the first quarter of 2018 Walters featured as lead guest in series four of the BBC crime drama Shetland. He portrays Thomas Malone, a convicted murderer who has his sentence overturned after twenty-three years behind bars.