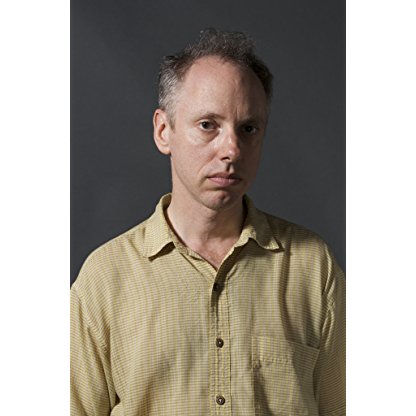 Todd Solondz was born on October 15, 1959 in  Newark, New Jersey, United States, is Director, Writer, Actor. Todd Solondz was born in Newark, New Jersey. One of his earliest jobs in the film industry was when, as a young man, he worked as a messenger for the Writers' Guild of America. During this time, he wrote several screenplays.Solondz's first color film with sync sound was the short "Schatt's Last Shot" (1985). Solondz played a high schooler who wants to get into Stanford, but cannot because his sadistic gym teacher fails him. He also has no luck seducing the girl he desires. It was a student film, and is still screened at NYU, where Solondz made it.Solondz's first feature was Fear, Anxiety & Depression (1989), a piece about a writer (Solondz) writing a play and sending it to Samuel Beckett.Solondz found great critical acclaim with his second feature, Welcome to the Dollhouse (1995), a film about the cruelty of junior high school, parents, adult figures, and suburban life. The film won awards at Sundance, Berlin, and countless other festivals for its cruel realism, bitter humor, and unflinching portrayal of adolescence.His third feature effort, Happiness (1998), was a wildly edgy and provocative film. The film revolves around a group of people who are miserable in their conventional lifestyles and pursue happiness in various forms of perverse sexuality. It featured a murderer, a rapist, a pedophile, and a man who harasses others with sexually obscene phone calls The film incited major controversy and was dropped by its original distributor, only to be picked up by another company. One of the particularly controversial aspects of the film was the element of the child psychologist as a repressed pedophile. In the film, he molests his son's friend at a sleep-over; but the character was sympathetic and deftly presented. Once again, the film was lauded with numerous awards and strong critical praise.Solondz made it clear he was not softening up with his next effort, Storytelling (2001), which was about the artistic process. The film is divided into two halves, "Fiction" and "Non-Fiction." "Fiction" centers on a character in a creative-writing class, and "Non- Fiction" on a desperate filmmaker making a documentary about a depressed, listless, unmotivated teenager. "Fiction" concerns how fictional stories can be used to distort rather than illuminate reality, which is displayed via the exploits of the protagonist, a college student in a creative writing class. The film was in danger of being rated NC-17due to a racially charged sex scene. Solondz's response to the threat of the NC-17 was quite clever (and a bit tongue-in-cheek). Instead of trimming the scene, he simply blocked the image of the copulation with a large orange box. The film got an R rating. "Nonfiction" was loaded with social commentary. Topics covered in this part included a listless teenager and his overbearing family, homosexuality's current parallels to the scarlet letter, drug use, gun control in the home, and one's capability to murder.Solondz's next film was Palindromes (2004), which was also controversial, due to the fact that the protagonist was played by eight people of differing size, race, and gender.Solondz has established himself as a consistently engaging and unique filmmaker, as opposed to just one more cookie-cutter conformist director making his movies on the Hollywood assembly line. He is a real writer and filmmaker, agent provocateur, and a force with which to be reckoned.
Todd Solondz is a member of Director 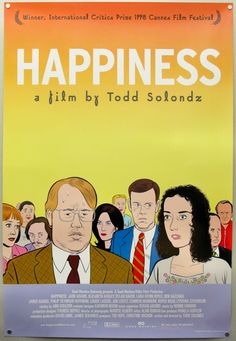 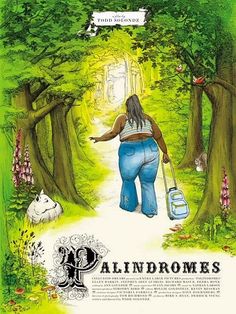 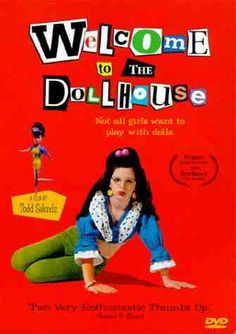 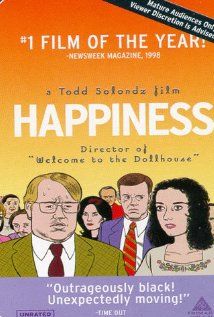 In 2007, Solondz was honored with the Filmmaker on the Edge Award at the Provincetown International Film Festival.

One of Solondz's short films, Schatt's Last Shot, was made in 1985. The title character is a high schooler who wants to get into Stanford, but his gym Teacher hates him. The Teacher fails him because he cannot make a shot in basketball. He has no luck with the girl of his dreams, but he wishes he was more like the coach, whom he challenges to a game of one-on-one.

In 1989 Solondz wrote and directed Fear, Anxiety & Depression, an episodic comedy about fledgling Playwright Ira (played by Solondz) and his frustrating interactions with the opposite sex. The film contains several musical interludes, including three songs written for the film. Stanley Tucci appears in one of his earliest roles as an old, disliked acquaintance of Ira's, who takes up playwriting on a whim and becomes the toast of Off-Broadway.

During the early 1990s, Solondz worked as a Teacher of English as a second language to Russian immigrants in New York City, and has described the experience as positive.

The frustrations of his first feature led Solondz to swear off further involvement with the industry. More than five years later, an attorney friend urged Solondz to give filmmaking another go, and promised partial Finance for any project Solondz came up with. The end result was 1995's Welcome to the Dollhouse, which went on to win the Grand Jury Prize at the Sundance Film Festival. The dark comedy follows the travails of Dawn Wiener, a bespectacled, toothy, and shy 7th-grade girl who is mercilessly teased at school and treated to alternating contempt and neglect at home. It was distinct from most earlier films about adolescent abuse due to its complex characterization. It gave a balanced and sometimes sympathetic portrayal of the bully antagonist Brandon, and its depiction of Dawn, the ostensible protagonist and victim of the story, showed her as deeply flawed and sometimes cruel. The film was a major success among critics, and a moderate success at the box office. It was a festival hit, with screenings all over the world.

Solondz's next piece was Happiness (1998), a highly controversial film due to the themes explored in it, which range from rape, pedophilia, suicide and murder to a bizarre sexual phone caller. After the original distributor October Films dropped it, the film was distributed by Good Machine Releasing. The movie received numerous awards, including International Critics' Prize at the Cannes Film Festival, and yielded strong critical praise for Solondz.

In 2001, Solondz released Storytelling, which premiered at the 2001 Cannes Film Festival. It is a film separated into two parts, entitled "Fiction" and "Nonfiction." The two stories share two thematic elements, but deal with each in an autonomous manner. Solondz used this format because he wanted to "find a fresh structure, a fresh form, and a different way of tackling what may be identical geographical material." When Solondz initially presented the film to the MPAA, he was told that if he wished to receive a rating other than NC-17, he would have to remove a scene of explicit sex involving a white female and a black male. However, a clause in Solondz's contract allowed him to cover part of the actors with a bright red box. "For me it's a great victory to have a big red box, the first red box in any studio feature [...] it's right in your face: You're not allowed to see this in our country." Solondz did, however, remove a portion of the film (which has variously been reported as either a subplot of the second story, or a third story entirely) which contained a sex scene involving two male actors (one of whom was James Van Der Beek).

Solondz's next film, Palindromes (2004), raised the eyebrows of many pundits and reviewers due to its themes of child molestation, statutory rape and abortion. The film was financed largely by the filmmaker. Like all of Solondz's previous films, Palindromes is set in suburban New Jersey. It was released unrated in the US.

In 2007, Solondz was honored with the Filmmaker on the Edge Award at the Provincetown International Film Festival.

On December 19, 2009, Solondz joined as adjunct professor the New York University's Tisch School of the Arts; he alternates semesters between New York's main campus of the school, and the grad film sister program at the Tisch Asia campus in Singapore. He teaches Directing and Writing the Feature.

Wiener-Dog premiered at Sundance 2016. The film tells the story of a dog, as she travels from home to home. Amazon purchased the film at the festival.