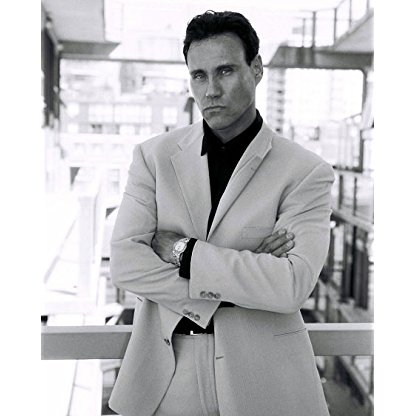 Peter Kent was born on July 27, 1943 in  North Vancouver, British Columbia, Canada, is Actor, Stunts, Miscellaneous Crew. Born June 23, 1957, in North Vancouver, British Columbia, Canada, Peter Kent was predestined to be a thrillseeker and adrenaline addict. As a young child, raised along the banks of the often treacherous Seymour River, he was shooting rapids and climbing the highest trees available, then letting himself fall through the branches to the ground, or pedaling his bicycle across planks placed 12 feet atop the family's laurel hedge to get the desired adrenaline rush, usually resulting in lacerations and stitches.On another occasion he tried to extract his own loose teeth with a hammer in the family garage. At six years of age his parents divorced and he moved to New Jersey with his mother, a move responsible for the dual Canadian-US citizenship which would come in so useful later in life.Returning again to Canada at age 11, he and his mother ran a local bed-and-breakfast style boarding house while he attended Nanaimo Senior Secondary school on Vancouver Island, and worked in the usual variety of West Coast jobs: Sawmill, salmon fishing, pulp mill, paving crew, bouncer and electronics salesperson in both the towns of Nanaimo and Victoria. He also worked on the road as a sound engineer for various Canadian bands, for five bohemian years.Nearly killed in a terrible motor vehicle accident in the early 1980s, he survived only through willpower. Multiple skull fractures, broken cheekbones, a crushed nose and a fractured jaw transformed his look, some say, to closely resemble actor Arnold Schwarzenegger. This was to prove fateful indeed. In 1984, having done Shakespeare in various local theater groups, he decided to move to Los Angeles to pursue a film career, although he had no previous film experience or acquaintances in Los Angeles. After living in the notorious YMCA off Hollywood's infamous Sunset Strip for a tenuous and outrageous six months, he was taken under the wing of James Cameron to double Schwarzenegger in Ke Huy Diet (1984).His minimal stunt experience did not stop him from quickly learning the ropes and becoming one of the most celebrated and highly paid stuntmen in the business. His association with Schwarzenegger lasted 14 films and 13 years, both as friend, workout partner, ski buddy, confidant, chef and dialogue coach. His apprenticeship on 14 of Schwarzenegger's films (from "Terminator" to Jingle All the Way (1996)) has put Kent in a position to understand that genre better than most, and having access to a variety of the best screenplays in Hollywood, was to again prove useful in later years.While making Eraser (1996), Kent was almost killed when he was struck by a three-ton shipping container 100 feet in the air. It was then he decided to pursue a different, less life-threatening line of work, seeing as how he had been injured in some way during nearly all of Schwarzegenner's pictures.He has studied with several different Los Angeles-based drama groups, but his longtime coach has been Zina Provendie, former head of MGM's drama department for 26 years, and coach to James Dean in Giant (1956), as well as Richard Burton and Elizabeth Taylor in Cleopatra (1963). After a 14 year absence, Kent returned home to Vancouver,BC, where he met the love of his life, a nurse, Marcia Kent. The two were engaged in Venice,Italy in December of 2005 and married in Victoria, BC in August of 2007. Currently, they are expecting twin boys in the fall of 2009.Kent has been interviewed in numerous publications, including "Entertainment Tonight","Extra", "People Magazine", Germany's "Der Stern", as well as London's "Daily Mirror", "The New York Times", "Dallas Star", "Los Angeles Times" and hundreds of TV and radio stations worldwide. In June 2009, Kent was inducted into the "Hollywood Stuntman's Hall of Fame."
Peter Kent is a member of Actor 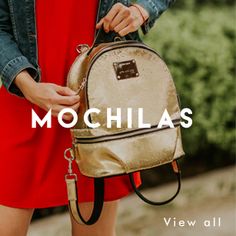 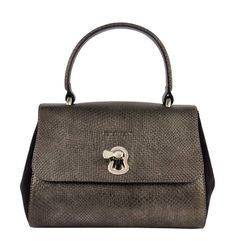 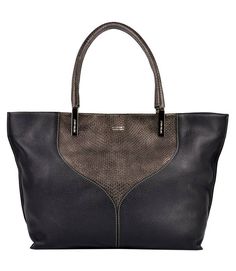 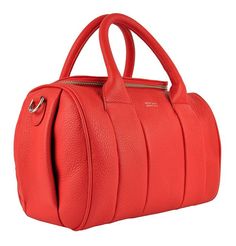 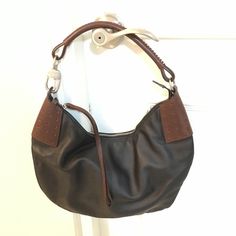 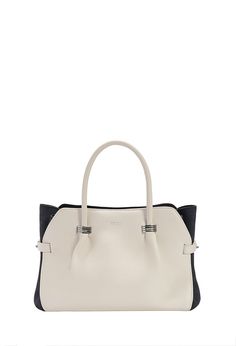 Kent began his career as a radio Journalist in the early 1960s. He then moved to television, joining Calgary station CFCN-TV in 1965 and subsequently worked for CBC Television, CTV, Global, NBC and The Christian Science Monitor's television newscast.

In 1966, he went to South East Asia to cover the Vietnam War as a freelance foreign correspondent. He stayed on to cover the final withdrawal of US troops from Vietnam in 1973 and covered the fall of Cambodia to the Khmer Rouge in 1975. Kent returned to Canada and worked as a Producer for CBC's The National and, in 1976, he became the broadcast's anchorman after Lloyd Robertson moved to CTV News.

In 1978 Kent agreed to step down as anchorman of The National after he submitted an intervention to the Canadian Radio-television and Telecommunications Commission (CRTC) recommending that the Corporation's licence not be renewed until management created procedures and protocols to prevent political interference in the CBC's editorial decision-making. Kent's complaint involved messages conveyed through the then CBC President Al Johnson from the Prime Minister's Office that resulted in cancellation of a speech by Premier René Lévesque and coverage of a speech by Prime Minister Pierre Trudeau. As a result of his intervention and descent from The National anchor desk, Kent accepted assignment to the newly created African Bureau of the CBC, located in Johannesburg.

Kent returned to Canada and the CBC in 1982 as a founding Producer, correspondent and occasional co-host of The Journal, hosted by Barbara Frum and Mary Lou Finlay.

In 1984 Kent moved to NBC serving in Miami, Washington and New York bureaus and as the US network's senior European correspondent in the late 1980s, winning four Emmy nominations with the network. He then reported for and was back-up anchorman for John Hart and John Palmer at The Christian Science Monitor's World Monitor television news Service. One of Kent's feature report series - on challenges in American inner cities - was awarded the Robert F. Kennedy Award.

In 1987, Peter Kent was a reporter on the team that produced the documentary “Six Days Plus 20 Years: A Dream Is Dying” which was condemned by both the Israeli left and right, including Premier Yitzhak Shamir, Foreign Minister Shimon Peres and Defense Minister Yitzhak Rabin, who were some of several Israeli government officials who refused to engage with NBC for a period of time afterwards. Kent returned to Canada to join Global News in 1992, and was the anchorman of its flagship news program First National until 2001. He then anchored the Business news show MoneyWise on Global and Prime.

The CBC subsequently created protocols to govern Prime Ministerial access to the public broadcaster. They remain in effect today, and the most recent Example was the speech made to the country by Prime Minister Jean Chrétien on the eve of the 1995 Quebec referendum. Kent returned briefly in 1978 to testify at a grievance hearing initiated by an unsuccessful anchor candidate who complained that Knowlton Nash, the vice-president of CBC News, had appointed himself to succeed Kent. In that testimony Kent—the first Journalist to anchor The National—supported Nash's credentials.

In the 2006 federal election, Kent ran as the Conservative Party of Canada candidate in the Toronto riding of St. Paul's. He placed second with 25.76% of the vote against the incumbent, Carolyn Bennett of the Liberals (50.25%), and ahead of Paul Summerville of the New Democratic Party (19.19%).

Kent ran again for the Conservatives in the 2008 election, this time in the riding of Thornhill, and was elected, defeating incumbent Susan Kadis by 5200 votes.

Kent was named to the junior cabinet post of Minister of State of Foreign Affairs (Americas) several weeks after the election. In an interview with Journalist Steve Paikin on December 7, 2009, Kent acknowledged that as Minister, he is instructed to only use language vetted by the PMO, on occasion lifting Stephen Harper's statements from newspaper reports: "So when we're asked about the Israeli position on settlements, we never criticize Israel publicly. We say those settlements are 'unhelpful' in finding a comprehensive peace settlement. We've put on the record our position on nuclear power and India. We say 'it's no longer the 1970's, it's now 2009.' I saw the prime minister's quote in the newspapers to that effect yesterday, and so I used it today." Kent's comment that his government does not criticize Israel publicly was contradicted several months later by his senior minister, Lawrence Cannon, who went on record in the House of Commons "condemning" Israel's expansion of illegal settlements.

While defending the withdrawal from Kyoto during the December 14, 2011 session of the Canadian House of Commons, Kent criticized NDP Environment Critic Megan Leslie for not being at the Durban Conference despite his ministry having banned participation from all opposition MPs. During the heckling from opposition MPs over this statement, Justin Trudeau shouted "You piece of shit!" at Kent, but later apologized for losing his temper over Kent's statements regarding opposition participation in Durban. In December 2012, Canada became the first country to formally withdraw from the Kyoto Protocol.

As a backbench MP, Kent has called on the government to fund HPV vaccinations for boys, in addition to current vaccination programs for girls, after he survived a bout with throat and tongue cancer at the end of 2013. He also criticized the Harper government for drawing up an "enemies list" of uncooperative bureaucrats and hostile stakeholders.

Kent was born in Sussex, England in a Canadian Army hospital. Both his parents were serving with the Canadian Army. The family moved to Canada and, after a period in Ottawa, settled in Medicine Hat, Alberta. His parents were Aileen and Parker Kent (both now deceased). The elder Kent was a long-time employee of the Southam Newspaper Group who retired as associate Editor of the Calgary Herald. Peter Kent's younger brother, Arthur, is also a Journalist, known in the first Gulf War as the "scud stud". There were three sisters - Adele, Norma and Susan. Norma was a local news anchor at CBC Windsor for a number of years before becoming co-host of the CBC consumer affairs programme Marketplace. She continues to work as a Journalist. Susan Kent Davidson died of cancer in 2014. She was a Writer and book Editor, a committed member of the New Democratic Party, and the widow of the UTP Editor Rik Davidson.

Prior to his demotion from cabinet, Kent stated his intention of running in the 2015 federal election. During the election campaign, Kent tweeted a photo that falsely shows an ISIS fighter posing as a refugee to bolster his argument for "refugee screening". After the claim was debunked, Kent retracted and deleted the tweet.