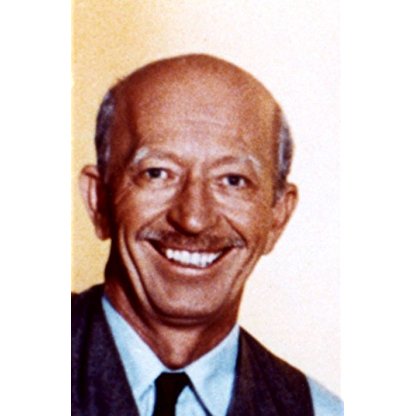 Frank Cady was born on September 08, 1915 in  Susanville, California, United States, is Actor, Soundtrack. Although Frank Cady's most famous role would be that of general-store owner Sam Drucker, one of the less nutty residents of Hooterville in both Green Acres (1965) and Petticoat Junction (1963), he had a history as a film, stage and television actor long before those shows. Cady also appeared on some radio programs including Gunsmoke. In the 1950s, Cady played Doc Williams in The Adventures of Ozzie and Harriet (1952), along with numerous supporting parts in movies and also appeared in television commercials for (among other products) Shasta Grape Soda. Cady has been most prolific in television and was the only actor to play a recurring character on three TV sitcoms at the same time, The Beverly Hillbillies (1962), Green Acres (1965), and Petticoat Junction (1963). Usually cast as a gregarious small-town businessman, druggist, store clerk or other type of all-around Midwestern-type good guy, Cady was actually a California native, born in Susanville in 1915. The acting bug bit him when he sang in an elementary school play, and after graduating from Stanford University he headed to London, England, to train in the theater. When World War II broke out he was already in Europe, so he enlisted in the Army Air Force and spent the next several years in postings all over the continent. After his discharge he returned to the US and headed for Hollywood. An agent saw him in a local play, signed him, and he was on his way. One of his earlier--and more atypical--roles was as a seedy underworld character pulled in for questioning in a cop's murder in the noir classic He Walked by Night (1948), and he played a succession of hotel clerks, bureaucrats, henpecked husbands and the like for the next 40+ years. He did much television work from the mid-'50s onward. Cady resided in Wilsonville, Oregon and at the time of his death had two children; daughter, Catherine Turk; son, Steven; three grandchildren and three great-grandchildren.
Frank Cady is a member of Actor 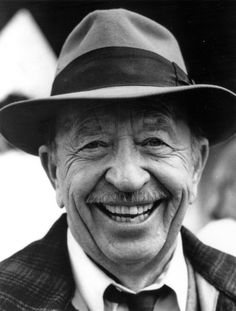 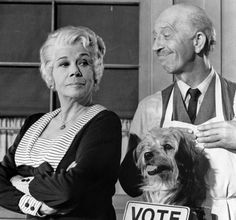 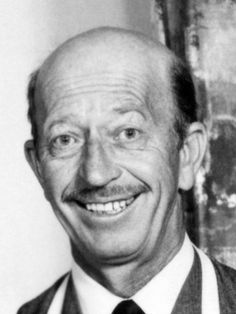 He studied journalism and drama at Stanford University, where he was involved with the campus humor magazine, the Stanford Chaparral. Following college graduation, Cady served an apprenticeship at the Westminster Theater in London, appearing in four plays. In England, he made an early television appearance on the BBC in late 1938.

He returned to Stanford in 1939 for graduate studies and a position as a teaching assistant. While at Stanford, Cady met and later married his wife, Shirley Katherine Jones, in 1940. Born in Oakland, California, Shirley Cady, a Stanford graduate, had several vocations – professional singer, Teacher, and legal secretary.

Dissatisfied with academia, Frank began a series of jobs two years later, as an announcer and news broadcaster at various California radio stations. His career was put on hold in 1943 when he joined the United States Army Air Corps, serving in England, France, and Germany during World War II.

After being discharged from military Service in 1946, Cady appeared in a series of plays in the Los Angeles area which led to movie roles, beginning in 1947. In 1950, he had an uncredited speaking role in the classic film noir drama D.O.A. and another uncredited role in Father of the Bride (1950). He had a small part in the noir classic The Asphalt Jungle (also 1950) playing a witness who refused to identify a robbery suspect. He appeared in George Pal's film When Worlds Collide (1951), and worked with Pal again in 1964 in The 7 Faces of Dr. Lao.

In the 1950s, Cady played Doc Williams in Ozzie and Harriet (1953–64). In 1961, he made a guest appearance on Perry Mason as twin brothers Joe and Hiram Widlock in "The Case of the Pathetic Patient". He was prolific in television and was the only actor to play a recurring character on three television sitcoms at the same time, which he did from 1968 to 1969, appearing on The Beverly Hillbillies, Green Acres, and Petticoat Junction simultaneously. As Sam Drucker, he appeared in 142 of 170 Green Acres episodes during its six-year run from 1965–71. Also as Sam Drucker, he was one of only three co-stars of Petticoat Junction who stayed with the series for its entire seven-year run (1963–70), along with Edgar Buchanan and Linda Henning, appearing in 152 of the show's 222 episodes. He played Sam in 10 episodes of The Beverly Hillbillies in 1968–70, and he continued his Sam Drucker role in the final season of Green Acres after Petticoat Junction ended in 1970.

Cady had a prominent role in Billy Wilder's Ace in the Hole (or The Big Carnival, also 1951) and had a small, nonspeaking role in Rear Window in 1954. He played the husband of Eileen Heckart characters in two films: The Bad Seed (1956) and Zandy's Bride (1974). He appeared on the Make Room For Daddy episode that was the pilot for The Andy Griffith Show. He was cast on some radio programs, including Gunsmoke episode #140 ("Outlaw Robin Hood") on January 8, 1955.

Cady loved to write humorous poems, limericks, and parodies of songs. He also enjoyed making friends and family happy while he entertained them. He also loved playing golf with friends, as well as traveling; he enjoyed many years of hiking in Switzerland. In 1977, his wife and he moved to Cambria, California. In 1991, they moved again, to his former hometown Wilsonville, Oregon.

His final acting role was in the television movie Return to Green Acres (1990). In a 1995 interview with the Portland Oregonian Cady spoke of his television career: "You get typecast. I'm remembered for those shows and not for some pretty good acting jobs I did other times. I suppose I ought to be grateful for that, because otherwise I wouldn't be remembered at all. I've got to be one of the luckiest guys in the world."

Shirley Cady died on August 22, 2008, at the age of 91. The Cadys, who were married 68 years, had two children – daughter Catherine Turk and son Steven Cady. They had three grandchildren and three great-grandchildren. Frank Cady died at his home on June 8, 2012 at age 96. No specific cause was given. He was reputedly interred at Meridian United Church of Christ Cemetery in Wilsonville, Oregon but the church has no records to support this claim nor is there any grave marker for him in the cemetery.