Robert Remus was born on August 27, 1948 in  Detroit, Michigan, United States, is Actor. One of the most recognizable grapplers of the 1980s, Sgt. Slaughter became huge in National Wrestling Alliance (NWA), American Wrestling Association (AWA), and the World Wrestling Federation (now WWE). A former United States Marine who earned his nickname during his service, Sgt. Slaughter soon became a professional wrestler. During his run in the WWF, Sgt. Slaughter became a contender to Bob Backlund's WWF Championship and also faced Italian wrestling legend Bruno Sammartino in Sammartino's last match at Madison Square Garden. Sgt. Slaughter was also a NWA United States Champion, as well as NWA Tag Team Champion with Don Kernodle. When Sgt. Slaughter's career exploded, he became one of the most beloved and popular superstars in the WWF during the 1980s, along with Hulk Hogan and Jimmy Snuka.Besides becoming a household name in wrestling, the Sarge also made his name as a popular culture icon for letting the G.I. Joe using him as a toy. In 1991, he then won his first and only WWF Championship from the Ultimate Warrior at the year's Royal Rumble. After his retirement from being a full-time competitor, Sgt. Slaughter then became a commissioner, later a well respected road agent.Sgt. Slaughter was inducted into the WWE Hall of Fame in 2004.
Robert Remus is a member of Actor 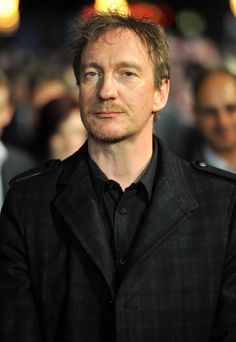 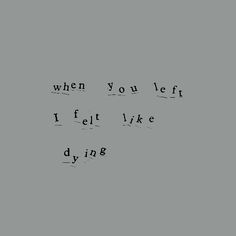 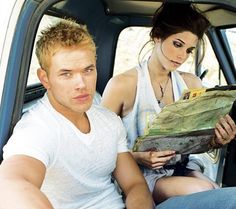 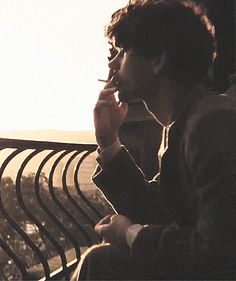 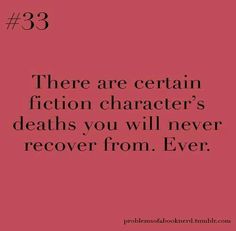 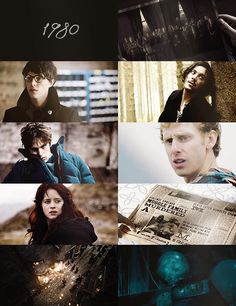 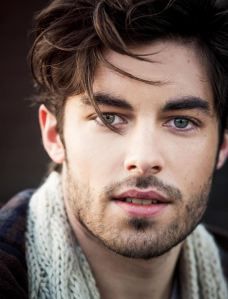 From the late 1970s to the early 1990s, he had success in the National Wrestling Alliance, American Wrestling Association, and the World Wrestling Federation. Slaughter's greatest achievement came with him becoming world champion by winning the WWF World Heavyweight Championship in 1991 as well as headlining WrestleMania VII. Slaughter also captured the NWA United States Heavyweight Championship twice. As Sgt. Slaughter, Remus became known for his dark sunglasses, his large hat, and his Vietnam War-era military fatigues. In the 1980s, an alternate version of the Sgt. Slaughter character was incorporated into the G.I. Joe: A Real American Hero toy line as well as its animated series and comic books.

In September 1981, Slaughter joined the National Wrestling Alliance, mainly wrestling for its Mid-Atlantic territory. In October 1981, he took part in a tournament to determine a new NWA United States Heavyweight Champion; he defeated Johnny Weaver, Jay Youngblood, and Ricky Steamboat in the tournament to win the vacant title. He would hold onto the title for over seven months, before losing the title to Wahoo McDaniel in May 1982.

In September 1982, Slaughter and partner Don Kernodle were awarded the NWA World Tag Team Championship, claiming a title victory over Antonio Inoki and Giant Baba in Tokyo. They would be in a heated rivalry with the team of Ricky Steamboat and Jay Youngblood, which culminated in March 1983, losing the titles to Steamboat and Youngblood in a steel cage match. After the rivalry ended, Slaughter left the NWA.

Slaughter returned to the WWF in March 1983, and again took on the Grand Wizard as his manager. He immediately targeted Backlund, who was still the reigning WWF World Heavyweight Champion. Slaughter turned up the feud another notch when he attacked Backlund at a television taping; Backlund was in the process of completing the Harvard Step Test before Slaughter beat him repeatedly with his riding crop, leaving bruises on his back. Although he won several matches by disqualification, Slaughter was never able to win the title from Backlund.

In early 1984, Slaughter's career took off after he turned face and defended America's honor against the hated Iron Sheik. Slaughter and the Iron Sheik engaged in many matches throughout the year, culminating in a boot camp match which took place before a sold out Madison Square Garden that summer. However, with the emergence of Hulk Hogan as the WWF World Heavyweight Champion and lead face within the company, Slaughter left for the AWA. On Vince McMahon's McMahon DVD, Slaughter said he was fired by McMahon in Toronto after no-showing an event in protest of McMahon's refusal to give him six weeks of paid vacation. Other interviews with Slaughter and McMahon have revealed that Slaughter left the company more over a dispute that emerged due to the WWF not allowing Slaughter's role in the G.I. Joe toy line. At the time of his departure Slaughter was easily the second biggest "face" in the company, surpassing Jimmy Snuka, and even André the Giant, with his popularity rivaling that of Hulk Hogan's.

He received a considerable push in the American Wrestling Association (AWA) throughout 1985 and 1986, becoming the AWA America's Heavyweight Champion, defeating Larry Zbyszko shortly after his arrival. He defended the title against Wrestlers like Zbyszko, Kamala, Boris Zukhov, and Nick Bockwinkel (before the belt was retired) and feuded with Sheik Adnan Al-Kaissey and his stable of Wrestlers, The Road Warriors, and Colonel DeBeers. He even challenged Stan Hansen for the AWA title. He was also involved in the short lived Pro Wrestling USA Promotion. This was a brief attempt at pulling together the remaining wrestling talent to go up against the rising WWF. Slaughter in this company won a large 25 man battle royal by eliminating Kamala, winning the right to challenge Ric Flair for the NWA World Heavyweight Championship.

In 1988, Slaughter returned to wrestling in the AWA, resuming some of his past feuds with the likes of Sheik Adnan Al-Kaissey, the Iron Sheik, and Col. DeBeers. He also became a top contender to the AWA World title during Larry Zbyszko's reign in 1989 and was a team captain for the AWA's ill-fated Team Challenge Series during the first half of 1990. The AWA even teased fans with Slaughter appearing to win the World title from Zbyszko live on ESPN, only to have the decision reversed on a technicality (a booking practice the AWA had been employing for years).

Slaughter also appeared twice as a special guest on The Super Mario Bros. Super Show!, which starred fellow Wrestler Captain Lou Albano. Sgt. Slaughter appeared in 2 episodes of the Super Mario Brother Super Show (1989-1990). Sgt Slaughter played himself in the Mario Bros Plumbing live action skits before and after the cartoon with Captain Lou Albano (Mario) and Danny Wells (Luigi). He appeared in the episodes "All Steamed Up" and "Caught in a draft".

As 1990 ended, Slaughter began challenging for the WWF World Heavyweight Championship that had been held by The Ultimate Warrior since WrestleMania VI. Slaughter got his chance at the Royal Rumble in January 1991, days after the Gulf War air campaign had begun. He defeated the Warrior when "Macho King" Randy Savage, who had also been feuding with the Warrior at the time, struck the champion in the head with his royal scepter. Slaughter thus became the thirteenth WWF World Heavyweight Champion and was immediately challenged by Royal Rumble winner Hulk Hogan, who was furious that Slaughter had (kayfabe) desecrated the American flag (off-screen) as part of his victory celebration. Hogan demanded a match against Slaughter at WrestleMania VII in Los Angeles, California, and Slaughter accepted. Slaughter was defeated by Hogan, thus losing his championship. After WrestleMania Slaughter introduced his newest ally, Colonel Mustafa (The Iron Sheik, Slaughter's old nemesis). Slaughter and company went on to feud with Hogan for months, including having a three-on-two handicap match at SummerSlam 1991, which saw the team of Hulk Hogan and the Ultimate Warrior prevail over Slaughter, Adnan, and Mustafa.

After finishing the Hogan feud, Slaughter became a face again, appearing in vignettes next to American landmarks, saying, "I want my country back". During an episode of Superstars, Jim Duggan was under attack from The Nasty Boys, and Slaughter made the save. Duggan and Slaughter teamed up to defeat the Nasty Boys and continued to team over the next several months. Slaughter's last regular WWF match, which was against Nailz, was in October 1992 and ended in no contest when Nailz viciously attacked Slaughter before the match could begin.

Slaughter started appearing as an on-air official from October 1992 to June 1994. He made his first wrestling appearance in over a year when he appeared on a house show version of a Royal Rumble that was held on January 17, 1994 at Madison Square Garden. After helping to eliminate Adam Bomb he in turn was tossed out by Crush. Later that year he would later wrestle on four house shows in July in New Jersey and Pennsylvania, facing and defeating Quebecer Pierre. He left the company in September.

After a hiatus, he returned to WWF television on the August 4, 1997 episode of Raw Is War to assume the role of on-air commissioner by (kayfabe) President Gorilla Monsoon who in reality retired from being on camera due to health issues. Initially popular, he eventually became the target of D-Generation X, who called him "Sgt. Slobber". On an episode of Raw Is War, he put Shawn Michaels and Triple H in a match for Michaels' European Championship. Michaels dropped the belt to Helmsley, by lying down in the ring. Slaughter challenged Triple H to a Boot Camp match at the December pay-per-view, which he lost. His feud with Triple H continued into WrestleMania XIV where he handcuffed himself to Chyna to prevent her from interfering with Helmsley's match against Owen Hart. But Slaughter's efforts ultimately proved futile, as Chyna threw powder into his eyes, interfered with the match anyway, and hurled Slaughter into the front row.

In 1998, Slaughter turned heel, joined Vince McMahon along with Gerald Brisco and Pat Patterson, and became the on-screen lackeys of McMahon; running errands for him and dishing out punishment to McMahon's rivals, namely Steve Austin. In late 1998, Slaughter relinquished the role of commissioner to Shawn Michaels and largely disappeared from television.

He made a special appearance on June 13, 2005 episode of Raw to challenge Chris Masters in his "Master Lock Challenge", which Slaughter lost. Then, he returned again on December 5 episode of Raw, where he and Michael Hayes confronted Edge. He also appeared on the July 4, 2006 episode of Raw for a "Diva Boot Camp" segment, as a part of the 2006 Diva Search Competition.

On December 18, 2006, Slaughter participated in a 30-man battle royal for a chance to face John Cena in the main event for the WWE Championship, but he was eliminated from the match and did not get the title shot. At the Vengeance: Night of Champions pay-per-view in June 2007, he faced Deuce 'n Domino for the WWE Tag Team Championship, alongside Jimmy Snuka. They were unsuccessful in their attempt for the titles. He challenged Randy Orton on July 30 episode of Raw, only to become another victim of the "Legend Killer", and was wheeled out on a stretcher. On Raw XV, the 15th-anniversary Raw special on December 10, 2007, Slaughter participated in the 15th Anniversary Battle Royal. On March 31, 2008, on an episode of Raw, Slaughter paid tribute to longtime friend Ric Flair at the end of the show. He appeared on Raw's 800th episode in Kung Fu Naki's dance off and also made an appearance in the Slammy Awards.

Slaughter, who had been working as a Producer for WWE for the past several years, was released from his backstage Producer duties with the company on January 13, 2009. He was the special guest host on Raw on August 10, 2009 where he made fun of Canadians and saying how the USA is the greatest country in the world. He made an appearance on the Decade of SmackDown on October 2, 2009 where he had an altercation with the Iron Sheik about which country was the greatest, USA or Iran. He later appeared on December 31, 2012 edition of Raw, where he was challenged by then United States Champion Antonio Cesaro in a match for the WWE United States Championship. He lost the match and failed to capture the title. He then made an appearance on Old School RAW, serving as the special guest Referee for The Great Khali vs Damien Sandow match after he got the most votes.

In 2014, Sgt. Slaughter made a cameo appearance in the RadioShack Super Bowl XLVIII commercial "The '80s Called".