Walter Hampden was born on June 30, 1879 in  Brooklyn, New York, United States, is Actor, Miscellaneous Crew. Walter Hampden was one of the great American stage actors and the only performer, aside from Maurice Evans, to play Hamlet three times on Broadway in the post-World War I-era. Born Walter Hampden Dougherty on June 30, 1879, in Brooklyn, New York, he learned his craft in London, where he made his debut as a professional actor in 1901 with the Frank Benson Stock Company. He spent six years apprenticing in England, where he was thoroughly trained as a classical actor. When he returned to the US in 1907, he toured with the great Russian actress Alla Nazimova in a presentation of the plays of Henrik Ibsen.Hampden played "Hamlet" on Broadway in 1918-1919, in 1925 (with Ethel Barrymore as his Ophelia at his own Hampden's Theatre), and in 1934. His greatest role was that of Edmond Rostand's "Cyrano de Bergerac," a part he first performed in 1923 and that he repeated four more times on the Great White Way.In 1925 he took over management of the Colonial Theatre, a vaudeville house on Upper Broadway, and renamed it Hampden's Theatre. After christening his house with his second Hamlet on October 10, 1925, he played there with his own company through 1930. Later, Hampden helped launch the American Repertory Theatre, playing Cardinal Wolsey in William Shakespeare's "Henry VIII."Hampden became revered as the grand old man of the American theater. He was president of the Players' Club for 27 years. His last distinguished role on Broadway was in Arthur Millers parable of McCarthyism, "The Crucible," capping a career that spanned a half-century.Walter Hampden died on June 11, 1955, just three weeks shy of his 76th birthday.
Walter Hampden is a member of Actor 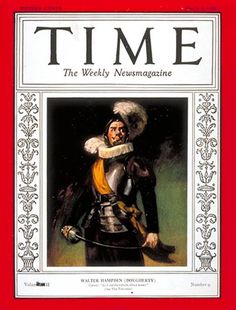 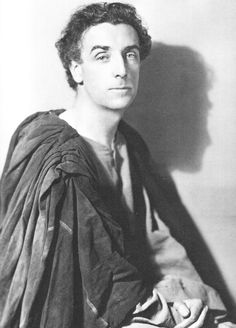 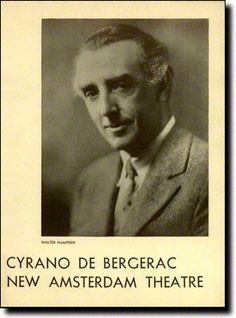 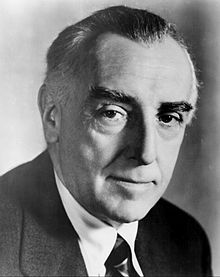 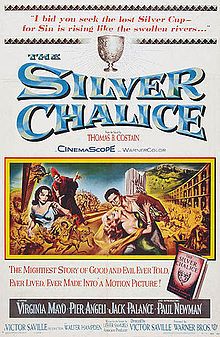 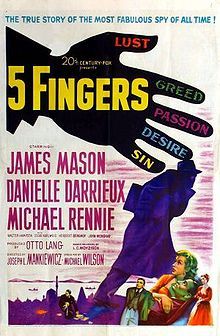 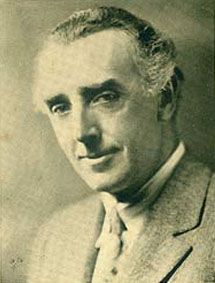 Walter Hampden was the son of John Hampden Dougherty and Alice Hill. He was a younger brother of the American Painter Paul Dougherty. He went to England for apprenticeship for six years. He graduated from what is now NYU Poly in 1900. Later, he played Hamlet, Henry V and Cyrano de Bergerac on Broadway. In 1925, he became manager of the Colonial Theatre on Broadway, which was renamed Hampden's Theatre from 1925 to 1931. He became noted for his Shakespearean roles as well as for Cyrano, which he played in several productions between 1923 and 1936. He appeared on the cover of Time in March 1929. Hampden's last stage role was as Danforth in the original Broadway production of Arthur Miller's The Crucible.

John Garrett Underhill produced the first English-language version of The Bonds of Interest (Los intereses creados) by Jacinto Benavente, with Walter Hampden, in 1929.

Hampden appeared in a few silent films, but did not really begin his film career in earnest until 1939, when he played the Archbishop in The Hunchback of Notre Dame, starring Charles Laughton as Quasimodo. This was Hampden's first sound film; he was 60 at the time he made it. Several other roles followed—Jarvis Langdon in the 1944 film The Adventures of Mark Twain among them, but all were supporting character roles, not the lead roles that Hampden played onstage. He was the master of ceremonies at the Sarah Siddons Awards in All About Eve (1950), and he played the father of Humphrey Bogart and william Holden in Billy Wilder's 1954 comedy Sabrina. These last two films are arguably those for which Hampden is most well known to modern audiences. He also played long-bearded patriarchs in the Biblical epics The Silver Chalice (1954, as Joseph of Arimathea) and The Prodigal (1955).

Hampden reprised his legendary portrayal of Cyrano de Bergerac in the first episode of the radio program Great Scenes from Great Plays, which Hampden hosted from 1948 to 1949. In addition to his radio roles (The Adventures of Leonidas Witherall), Hampden also appeared in several dramas during the early days of television. He made his TV debut in 1949, playing Macbeth for the last time at the age of 69.

His last role was the non-singing one of King Louis XI of France, considered by some to be one of his best performances, in the otherwise unremarkable 1956 Technicolor remake of Rudolf Friml's 1925 operetta The Vagabond King. It was released posthumously, more than a year after Hampden's death.