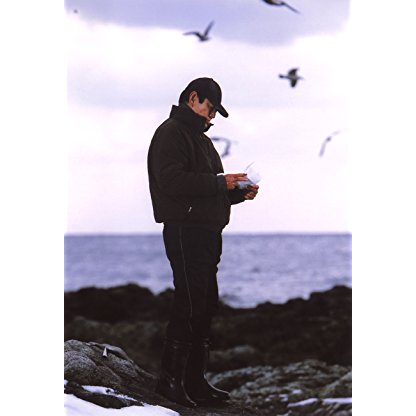 Ken Takakura was born on February 16, 1931 in  Nakama, Fukuoka, Japan, Japan, is Actor, Soundtrack. Ken Takakura was a Japanese actor best known for his brooding style and the stoic, honorable presence he brought to his roles.Known as the "Clint Eastwood" of Japan, Takakura gained his streetwise swagger and tough guy persona watching yakuza turf battles over the lucrative black market and racketeering in postwar Fukuoka. This subject was covered in one of his most famous movies, Shôwa zankyô-den (1965) in which he played an honorable old-school yakuza among the violent post-war gurentai.A graduate of the prestigious Meiji University in Tokyo, Takakura happened by an audition in 1955 at the Toei Film Company, and decided to look in. Toei found a natural in Takakura as he debuted with Denkô karate uchi (1956) (Lightning Karate Blow) in 1956. As luck would have it, Japan experienced a boom in gangster films in the 1960s as the Japanese people struggled with the generational differences between those raised in pre-war and post-war Japan and these were Takakura's stock in trade. His breakout role came in 1965 playing a ex-con antihero in Abashiri Bangaichi (1965). By the time he left Toei in 1976, he had appeared in over 180 films.Takakura gained international recognition after starring in the 1975 Sydney Pollack sleeper hit The Yakuza (1974) with Robert Mitchum and is probably best known in the West for his role in Ridley Scott's Black Rain (1989) in which he surprises American cops played by Michael Douglas and Andy Garcia by showing he can speak English. He again proved himself bankable to Western audiences in the 1992 Fred Schepisi comedy Mr. Baseball (1992) starring Tom Selleck.While he slowed down a bit in his older years, he remained active. His later films included Qian li zou dan qi (2005), by Chinese director Yimou Zhang.
Ken Takakura is a member of Actor 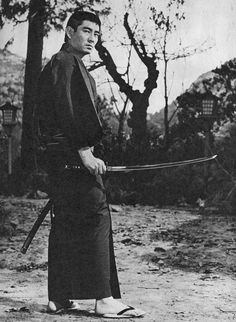 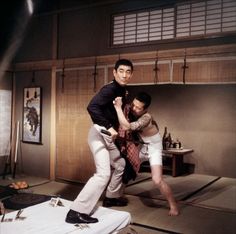 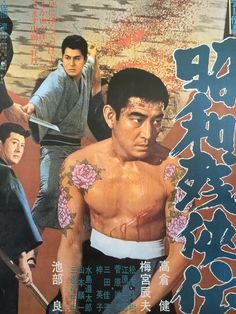 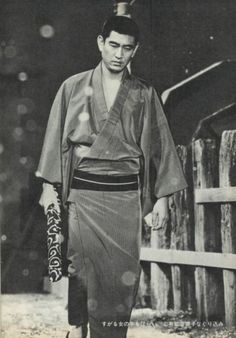 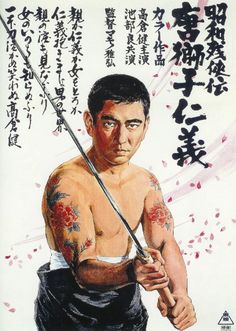 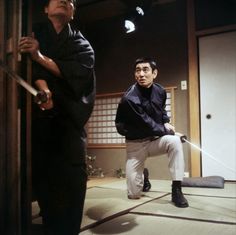 Takakura was born in Nakama, Fukuoka in 1931. He attended Tochiku High School in nearby Yahata City where he was a member of the boxing team and English society. It was around this time that he gained his streetwise swagger and tough-guy persona watching yakuza movies. This subject was covered in one of his most famous movies, Showa Zankyo-den (Remnants of Chivalry in the Showa Era), in which he played an honorable old-school yakuza among the violent post-war gangs. After graduating from Meiji University in Tokyo, Takakura attended an audition on impulse in 1955 at the Toei Film Company while applying for a managerial position.

Toei found a natural in Takakura as he debuted with Denko Karate Uchi (Lightning Karate Blow) in 1956. In 1959 he married singer Chiemi Eri, but divorced in 1971. His breakout role would be in the 1965 film Abashiri Prison, and its sequel Abashiri Bangaichi: Bokyohen (Abashiri Prison: Longing for Home, also 1965), in which he played an ex-con antihero. By the time Takakura left Toei in 1976, he had appeared in over 180 films.

He gained international recognition after starring in the 1970 war film Too Late the Hero as the cunning Imperial Japanese Major Yamaguchi, the 1974 Sydney Pollack sleeper hit The Yakuza with Robert Mitchum, and is probably best known in the West for his role in Ridley Scott's Black Rain (1989) where he surprises American cops played by Michael Douglas and Andy García with the line, "I do speak fucking English". He again appeared to Western audiences with the 1992 Fred Schepisi comedy Mr. Baseball starring Tom Selleck.

Takakura was one of the few Japanese actors who saw popularity in China, due to his appearance in Junya Satō's 1976 crime drama Kimi yo Fundo no Kawa o Watare (known in some territories as Manhunt), the first foreign film shown after the Cultural Revolution.

He appeared in three films since 2000: Hotaru (ホタル, The Firefly) in May 2001, Riding Alone for Thousands of Miles, by Chinese Director Zhang Yimou, in late December 2005, and Yasuo Furuhata's Anata e (Dearest) in late August 2012, after a six-year hiatus. He died of lymphoma on November 10, 2014. Shintaro Ishihara described him as "the last big star (in Japan)." A huge number of Chinese internet users expressed their sympathies and condolences, including many celebrities in the Chinese movie industry. The spokesman of China's Ministry of Foreign Affairs Hong Lei said that Takakura made significant contributions to the cultural exchange between China and Japan.

A documentary based on Takakura's life entitled Ken San premiered at the 2016 Cannes Film Festival and was released in Japanese theaters on August 20, 2016. It was directed by Photographer Yuichi Hibi and features interviews with filmmakers and actors such as Martin Scorsese, Paul Schrader, Michael Douglas, John Woo, and Yoji Yamada.