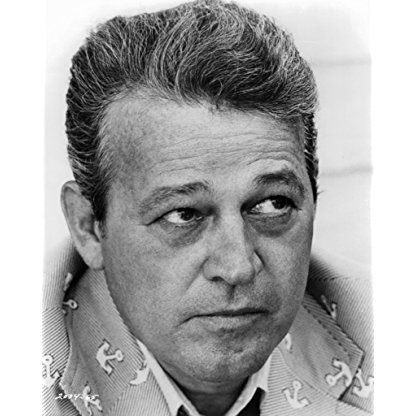 Murray Hamilton was born on March 24, 1923 in  Washington, North Carolina, United States, is Actor. Murray Hamilton was one of those character actors whose face would be familiar to most movie buffs at an instant, yet his name may not. That's a shame, because Hamilton was one of the most versatile and prolific of performers who was never anything less than completely convincing in any role he took on, from priests to gangsters, soldiers to politicians, ordinary men to aliens. His characters would rarely fail to evoke emotion, whether that be sympathy or dislike. He particularly excelled at hard-edged, street-wise tough guys on either side of the law. His own dictum was to be always 'true to the part as it is written'.Born and schooled in Washington, North Carolina, Murray originally studied graphic design but had an early yearning for the acting profession. Barely out of his teens, he took a bus to Los Angeles, eventually arriving in Hollywood with just $50 to his name. He gained a foothold at Warner Brothers (his favorite studio) through the back door, as a messenger boy, earning $22 a week. He soon found work as an extra in films, but by 1945, returned to New York making his debut on Broadway as 'a mill hand' in 'Strange Fruit', directed by 'Jose Ferrer (I)'. His breakthrough came three years later, when he appeared with Henry Fonda in the long-running play 'Mister Roberts' (1948-51), first playing the role of a shore patrol officer, later taking over from David Wayne in the key part of Ensign Pulver. Over the years, Murray became quite comfortable with playing more comedic roles on stage and made good impressions as the over-zealous director Dion Kapakos in 'Critic's Choice' (1960-61) and as Otis Clifton in his Tony Award-nominated performance in 'Absence of a Cello' (1964-65), co-starring with Fred Clark and Charles Grodin. Of his enactment as Robert E. Lee Prewitt in the short-lived military drama 'Stockade' (1954), critic Brooks Atkinson remarked: "Modest of manner, pleasant of voice, he has a steel-like spirit that brings Prewitt honestly to life" (New York Times,September 17 1986).Murray began in films properly as a credited screen actor from 1951, alternating with guest starring roles on television (by the end of his life he had appeared in more than 100 TV shows). His expressive face and gravelly voice became an adaptable combination for playing surly gangsters (Perry Mason (1957)), authority figures with integrity (James Stewart's ill-fated colleague in The FBI Story (1959)), or without (pompous mayor Larry Vaughn in Ham Ca Map (1975). He was particularly good as Irving Blanchard in the comedy No Time for Sergeants (1958), giving an excellent drunk impersonation; as obtuse barkeeper Al Paquette in Anatomy of a Murder (1959), the key witness to the crime who keeps mum out of misguided loyalty; cocky Kentuckian millionaire Findley who thinks he can take Fast Eddie in The Hustler (1961); and Anne Bancroft's husband, Mr.Robinson, in The Graduate (1967), a role for which Marlon Brando was at one time considered. Of Murray's performance as Robinson, Bosley Crowther wrote "Murray Hamilton is piercing...a seemingly self-indulgent type who is sharply revealed as bewildered and wounded in one fine, funny scene" (New York Times,December 22 1967).On the small screen, he was memorable as Mr.Death in the 'One for the Angels' episode of Rod Serling's Mien Ao Anh (1959), who is sweet-talked by salesman Lew Bookman (Ed Wynn) to remain on earth just long enough to make his big pitch. As Lewis Dunn in the episode 'The Condemned', he essayed one of the more sinister alien individuals among The Invaders (1967). In addition to numerous portrayals of harassed or cynical cops, he is also remembered for his recurring TV role, Captain Rutherford T. Grant, in B.J. and the Bear (1978).Unlike other busy actors, Murray Hamilton was not a part of the established Hollywood set, preferring to spend his life in his home state, North Carolina, and in Manhattan. He counted George C. Scott, Jason Robards and Walter Matthau among his close friends. When the actor was suffering from the effects of cancer and found film roles harder to come by, Scott helped out by getting him a part in the made-for-television movie The Last Days of Patton (1986). Murray Hamilton died too soon, aged 63, in September 1986.
Murray Hamilton is a member of Actor 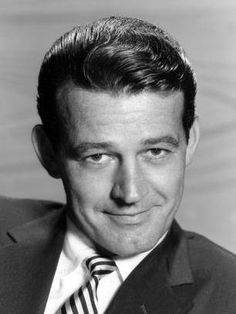 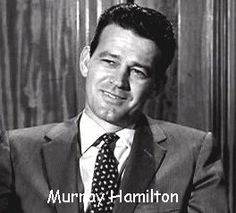 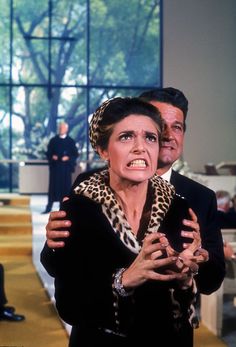 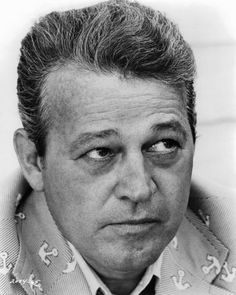 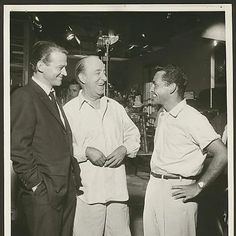 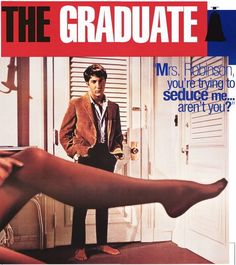 In an early role, he performed on stage with Henry Fonda in the classic wartime story Mister Roberts as a replacement, playing Ensign Pulver. In 1950, he was onstage again with Fonda in Critic's Choice; Howard Taubman of The New York Times called him "properly obnoxious as the director". Hamilton was teamed once more with Fonda in 1968 for the drama film The Boston Strangler.

Hamilton complained in a newspaper article about being typecast, stating "After I was first cast as a heavy on The Untouchables, I couldn't ever persuade them [producers] that I could also do something else." While comic roles were rare for Hamilton during his Hollywood career, he had one opposite Andy Griffith in the 1958 military comedy No Time for Sergeants, as well as an appearance in Steven Spielberg's raucous comedy, 1941 released in 1979. He also appeared in a comedic guest spot on Mama's Family in the second-season episode, "Mama Cries Uncle", as Uncle Roy. He was more often cast in dramatic works, such as the stark science-fiction drama Seconds (1966), which starred Rock Hudson. In two of his most distinctive performances, Hamilton appeared with Paul Newman in The Hustler (1961), playing Findley, a wealthy billiards player who gambles for high stakes, and in The Graduate (1967) as Mr. Robinson, husband of the seductress Mrs. Robinson. In 1975, Hamilton appeared again with Newman in The Drowning Pool. He also worked with Robert Redford in a pair of films, The Way We Were (1973) and Brubaker (1980).

In the 1959-60 television season, Hamilton also co-starred with william Demarest, Jeanne Bal, and Stubby Kaye in the NBC sitcom Love and Marriage. He played attorney Steve Baker, who resides in an apartment with his wife (played by Bal), two daughters and a father-in-law (portrayed by Demarest). He soon appeared as a guest star on another sitcom, The Real McCoys, starring Walter Brennan, on ABC. In 1961, he appeared in another science fiction series, Way Out, hosted by Roald Dahl, with fellow guest stars Doris Roberts and Martin Huston. In 1986, he played Curtis "Big Daddy" Hollingsworth, Blanche Devereaux's father, in a first-season episode of The Golden Girls.

For many years both before and during his film career, Hamilton was a prominent dramatic stage actor, earning a Tony Award nomination for his role in the 1965 production of Absence of a Cello. New York Times theater critic Brooks Atkinson praised his work in the play Stockade, which was based on a part of the James Jones novel From Here to Eternity: "Murray Hamilton is an ideal Prewitt. Modest in manner, pleasant of voice, he has a steel-like spirit that brings Prewitt honestly to life." When the actor was suffering from cancer and found film roles harder to come by, his old co-star George C. Scott helped out by getting him a part in the made-for-television movie The Last Days of Patton (1986).

His best known performance is as Larry Vaughn, the obdurate mayor of Amity, in the Steven Spielberg thriller Jaws (1975). Hamilton reprised the role in the sequel, Jaws 2 in 1978. Other notable big-screen appearances include the critically acclaimed 1959 film Anatomy of a Murder with James Stewart, in which he played the bartender Al Pacquette, who gives testimony in the murder of Barney Quill. He worked again with Stewart in The Spirit of St. Louis (1957) and The FBI Story (1959).