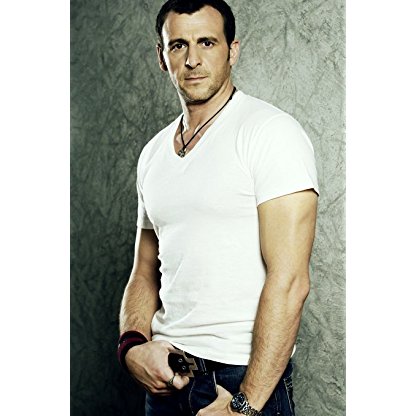 Patrick Huard was born on January 02, 1969 in  Montréal, Québec, Canada, is Actor, Director, Writer. Patrick Huard is an actor, comedian, filmmaker, author, emcee, director and producer. Having recently celebrated his 20 years in the business and his 40th birthday, he has an impressive record of achievements to his credit. He has appeared in 15 feature films, including La Vie après l'Amour, Nez Rouge, Sur le Seuil, Maman Last Call, Monica la Mitraille, Cadavres, Bon Cop Bad Cop (for which he co-wrote the screenplay and which became one of biggest box office successes of all time in Canada), Funkytown, Starbuck (Quebec's most popular film in 2011, distributed in more than 20 countries) and Omertà, from screenwriter and director Luc Dionne. This film revisits the cult TV series 11 years after the end of its third season. Patrick was delighted to be able to work with the likes of Michel Côté, Rachelle Lefevre, Stéphane Rousseau and René Angelil on this film.Patrick Huard loves live performance. In March 2012, he made an eagerly anticipated return to the stage with his third one-man show entitled Le Bonheur, nearly 12 years after his last solo effort. Patrick is currently touring the province with this show. Previously, he presented two highly successful two comedy shows, 18 ans et plus and Face à Face. As well, he appeared in several Juste pour rire galas and in Eric Bogosian's play Talk Radio, doing some 1,200 shows and selling hundreds of thousands of tickets across Quebec.On television, Patrick has played all kinds of characters-guy guys, bad guys and even a drag queen-in such series as Music Hall, Cover Girl, Fortier, Au Nom de la Loi and Taxi 0-22 where he spent four seasons as Rogatien, his famous irascible taxi driver. For this role, he was honoured with the Artis trophy in 2008 and 2009 in the "actor in a comedy program" category. The public also showed their affection for Patrick, twice selecting him for the Male Personality of the Year trophy, in 2009 and 2010. In 2012, after his return to the stage, Patrick took part in TVA's hit show Star Académie. After making his mark in the 2009 edition for his amazing ability to share his knowledge, he was pleased to reprise his role as a performance teacher on the popular program.Patrick Huard has also hosted several Juste pour rire galas, the Gala de l'ADISQ, the Soirée des Jutra, a comedy series on Radio-Canada as well as several daily radio shows.Increasingly, Patrick Huard can also be found behind the camera. He produced and directed Taxi 0-22 (four seasons on TVA), in addition to videos, commercials, a documentary for Canal D, his first feature film, Les 3 P'tits Cochons [The Three Little Pigs], the biggest box office hit in Quebec in 2007, and Filière 13.In collaboration with Vidéotron and Sid Lee, Patrick also put his remarkable creativity and versatility to work for the mobile channel Lib tv, which is celebrating its first anniversary this summer. He serves as its ambassador, program director and coproducer (with his company, Jessie Films) in addition to working as designer, producer and actor. A forum of choice for local talent, Lib tv pushes the limits of creativity and experiments with new concepts. Since June 2011, the quirky programs on the new channel have been viewed nearly one million times, via illico mobile, illico web and illico TV.
Patrick Huard is a member of Actor 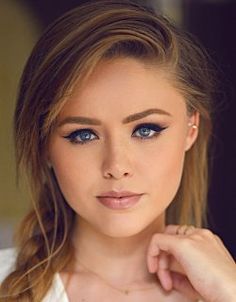 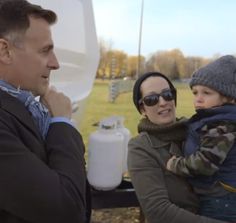 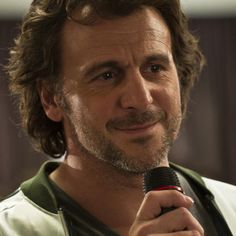 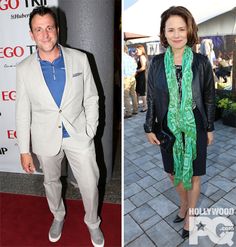 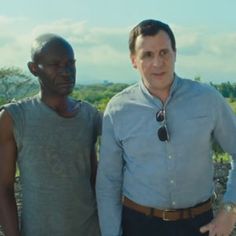 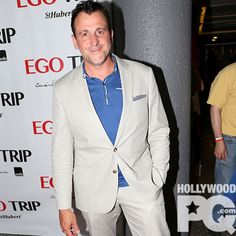 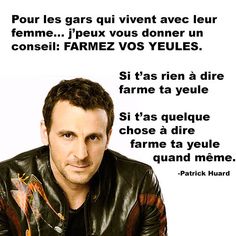 Patrick Huard broke into the Quebec show Business scene in 1989 as a Comedian, actor and television personality. A hard-working multifaceted talent, he came to attention of English Canada in the very popular Les Boys franchise, and cemented his credentials as the star of Bon Cop, Bad Cop, which he also co-wrote, now the most successful domestic film at the box office in the history of Canadian cinema. In 2007, he directed his first movie, Les 3 P’tits cochons, which was a hit in Quebec and won the Golden Reel Award for the top-grossing film of the year.