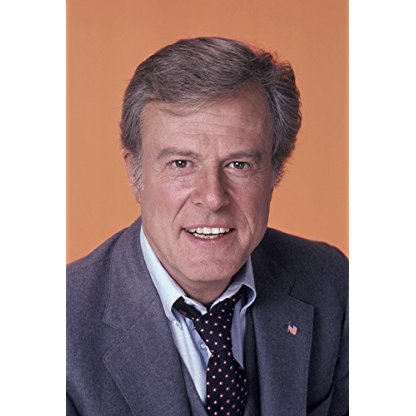 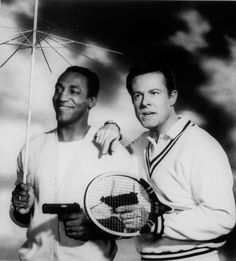 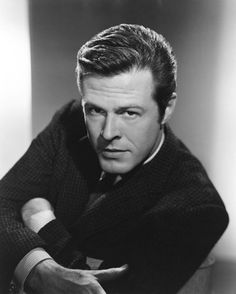 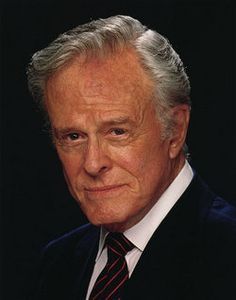 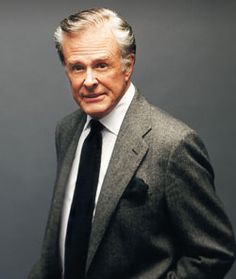 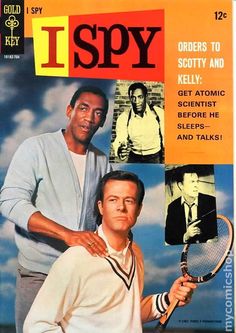 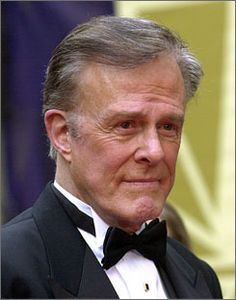 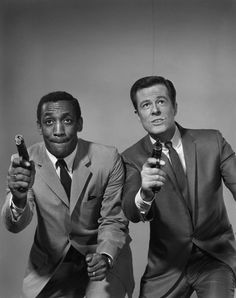 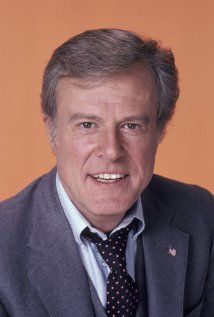 Culp was born on August 16, 1930, in Oakland, California. He was the only child of Crozier Cordell Culp, an attorney, and his wife, Bethel Martin (née Collins) Culp. He graduated from Berkeley High School, where he was a pole vaulter and took second place at the 1947 CIF California State Meet.

Robert Culp first came to national attention very early in his career as the star of the 1957–59 CBS Western television series Trackdown, in which he played Ranger Hoby Gilman, based in the town of Porter, Texas, of which he is also the sheriff.

Culp married five times and fathered three sons, Joshua (1958), Jason (1961), and Joseph (1963) and two daughters, Rachel (1964) and Samantha (1982). From 1967–70, he was married to Vietnamese-French Actress France Nguyen (known as France Nuyen), whom he had met when she guest-starred on I Spy. She appeared in four episodes, two of them written by Culp. (Culp and Nuyen also co-hosted the second episode of the infamous TV comedy Turn-On in 1969, but the program was never shown, as the series was cancelled after its first airing.)

In 1960 he appeared in two episodes of Zane Grey Theater, playing different roles in "Morning Incident" and "Calico Bait". Trackdown then had a CBS spin-off of its own, Wanted: Dead or Alive, with Steve McQueen as bounty hunter Josh Randall. After Trackdown ended in 1959 after two seasons, Culp continued to work in television, including a guest-starring role as Stewart Douglas in the 1960 episode "So Dim the Light" of CBS's anthology series The DuPont Show with June Allyson. In the summer of 1960, he guest-starred on David McLean's NBC Western series Tate.

Culp had a recurring role on Everybody Loves Raymond as Warren Whelan, the father of Debra Barone and father-in-law of Ray Barone. He appeared on episodes of other television programs, including a 1961 season-three episode of Bonanza titled "Broken Ballad", as well as The Golden Girls, The Nanny, The Girls Next Door, and Wings. He was the voice of the character Halcyon Renard in the Disney adventure cartoon Gargoyles.

Culp worked as an actor in many theatrical films, beginning with three in 1963: As naval officer John F. Kennedy's good friend Ensign George Ross in PT 109, as legendary gunslinger Wild Bill Hickok in The Raiders, and as the debonair fiance of Jane Fonda in Sunday in New York.

In 1964, Culp played Charlie Orwell, an alcoholic Veterinarian, in an episode of The Virginian (NBC 1962-71) titled "The Stallion". That same year, he appeared in yet another Western, Gunsmoke. In the series' episode "Hung High", he portrays an outlaw named Joe Costa, who attempts to frame Matt Dillon for lynching a prisoner who had killed the marshal's friend.

In 1968, Culp also made an uncredited cameo appearance as an inebriated Turkish waiter on Get Smart, the spy-spoof comedy series, in an I Spy parody episode titled "Die Spy". In this, secret agent Maxwell Smart played by Don Adams in effect assumes Culp's Kelly Robinson character, as he pretends to be an international table-tennis champion. The episode faithfully recreates the I Spy theme music, montage graphics, and back-and-forth banter between Robinson and Scott, with actor/comedian Stu Gilliam imitating Cosby.

He starred in Bob & Carol & Ted & Alice in 1969, with Natalie Wood. Another memorable role came as another gunslinger, Thomas Luther Price, in Hannie Caulder (1971) opposite Raquel Welch. A year later, Hickey & Boggs reunited him with Cosby for the first time since I Spy. Culp also directed this feature film, in which Cosby and he portray over-the-hill private eyes. In 1986, he had a primary role as General Woods in the comedy Combat Academy. Culp played the U.S. President in Alan J. Pakula's 1993 murder mystery, The Pelican Brief.

In 1971, Culp, Peter Falk, Robert Wagner, and Darren McGavin each stepped in to take turns with Anthony Franciosa's rotation of NBC's series The Name of the Game after Franciosa was fired, alternating a lead role of the lavish, 90-minute show about the magazine Business with Gene Barry and Robert Stack. Also in 1971 he portrayed an unemployed actor, the husband of ambitious Angie Dickenson, in the TV movie "See the Man Run". Culp played the murderer in three Columbo episodes ("Death Lends A Hand" in 1971, "The Most Crucial Game" in 1972, "Double Exposure" in 1973) and also appeared in the 1990 episode "Columbo Goes To College" as the father of one of two young Murderers. He also played the murderer in the pilot episode of Mrs. Columbo starring Kate Mulgrew in the title role.

In 1973, Culp almost took the male lead in the sci-fi television series Space: 1999. During negotiations with creator and executive Producer Gerry Anderson, Culp expressed himself to be not only an asset as an actor, but also as a Director and Producer for the proposed series. The part instead went to Martin Landau.

The 1980s brought him back to television. He starred as FBI Agent Bill Maxwell on The Greatest American Hero and had a recurring role as Warren Whelan on Everybody Loves Raymond. Culp gave hundreds of performances in a career spanning more than 50 years.

Culp co-starred in The Greatest American Hero as tough veteran FBI Special Agent Bill Maxwell, who teams up with a high-school Teacher who receives superpowers from extraterrestrials. He wrote and directed the second-season finale episode "Lilacs, Mr. Maxwell", with free rein to do the episode as he saw fit. The show lasted three years from 1981-83. He reprised the role in the spin-off pilot "The Greatest American Heroine" and a voice-over on the stop-motion Sketch comedy Robot Chicken. During that time, Culp was rumored to replace Larry Hagman as J. R. Ewing in Dallas. However, Culp firmly denied this, insisting he would never leave his role as Bill Maxwell. In 1987, he reunited with Cosby on The Cosby Show, playing Dr. Cliff Huxtable's old friend Scott Kelly. The name was a combination of their I Spy characters' names.

Culp appeared in the 1993 live action video game Voyeur as the game's villain, industrialist/politician Reed Hawke. He lent his voice to the digital character Doctor Breen, the prime antagonist in the 2004 computer game Half-Life 2. The video clip of "Guilty Conscience" features Culp as an erudite and detached narrator describing the scenes where Eminem and Dr. Dre rap lyrics against each other. He only appears in the music video. In the album version, the narrator is Mark Avery.

In I Spy Returns (1994), a nostalgic television movie, Culp and Cosby reprised their roles as Robinson and Scott for the first time since 1968. Culp and Cosby reunited one last time on the television show Cosby in an episode entitled "My Spy" (1999), in which Cosby's character, Hilton Lucas, dreams he is Alexander Scott on a mission with Kelly Robinson. Robert Culp also appeared on Walker, Texas Ranger as Lyle Pike in the episode "Trust No One" (February 18, 1995).

On November 9, 2007, on The O'Reilly Factor, host Bill O'Reilly interviewed Culp about the actor's career and awarded Culp with the distinction "TV Icon of the Week". Culp played "Simon", Blanche's beau, in the episode "Like the Beep Beep Beep of My Tom Tom" when Blanche needs a pacemaker on The Golden Girls.

Culp was taken to Hollywood Presbyterian Medical Center; but all efforts at resuscitation failed, and he was pronounced dead around 11:00 a.m. He was 79 years old. Although the first reports from the police suggested that Culp died from striking his head on the ground when he fell, it was subsequently determined that he had collapsed and died of a heart attack. The only apparent injury he had sustained in his fall was a minor cut on his head. Following that official investigation, Culp's body was buried at Sunset View Cemetery in El Cerrito, California. Later, on April 10, 2010, a memorial Service for Culp was held at Grauman's Egyptian Theater in Los Angeles, with his family, friends, and some of his fans attending.

At the time of his death, Culp had just completed performing a supporting role as "Blakesley" in the film The Assignment. Culp was also working on several screenplays at the time of his death. One of those screenplays, an adaptation of the story of Terry and the Pirates, had already been accepted for filming and was scheduled to start production in Hong Kong in 2012, with Culp directing the film. Terry and the Pirates had been Culp's favorite comic strip as a boy, and it was his long-time wish to make a film based on it.