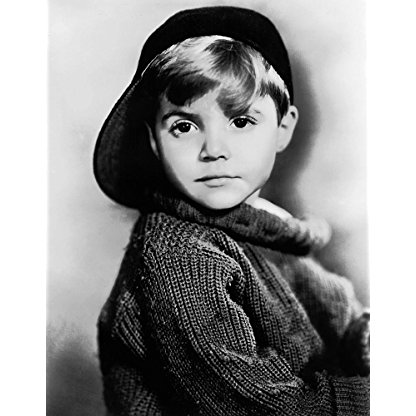 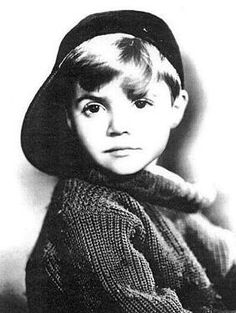 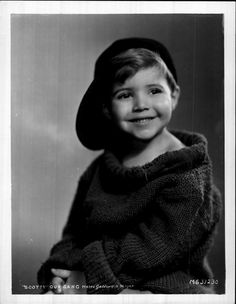 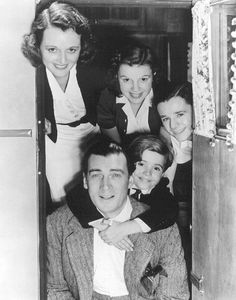 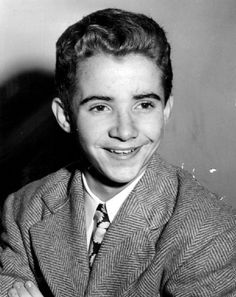 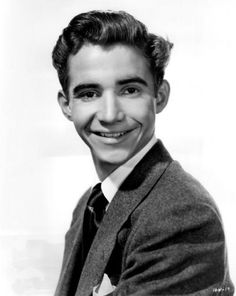 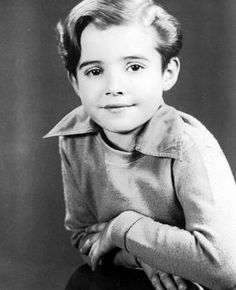 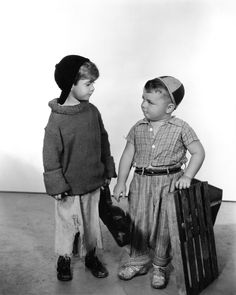 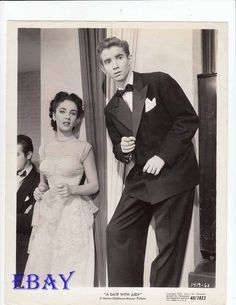 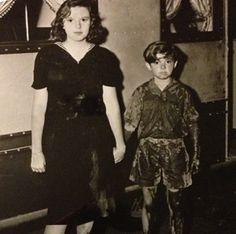 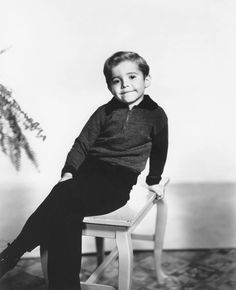 Born in Oakland, California, Beckett got his start in show Business at age three when the family moved to Los Angeles and a casting Director heard him singing by chance. Beckett was at Cedars of Lebanon Hospital visiting his father, who was recovering from an illness, and was entertaining him by singing songs in Pig Latin. Nurses heard him singing and carried him from room to room on every visit to sing for other patients. A studio casting Director noticed the child and told his parents he had movie potential. Beckett auditioned, and landed a part in Gallant Lady (1933), alongside Dickie Moore. The same year, his father died. In 1934, Beckett joined Our Gang, in which Moore had appeared from 1932 to 1933.

Beckett appeared as a regular in the Our Gang short subjects series from 1934 to 1935. In the gang, Beckett played George "Spanky" McFarland's best friend and partner in mischief. His trademark look was a crooked baseball cap and an oversized sweater exposing one shoulder. His role was taken over by Carl "Alfalfa" Switzer in 1935, and Beckett left the series for features after that year. In 1939, he returned to Our Gang briefly as Alfalfa's cousin Wilbur in Cousin Wilbur and Dog Daze.

He attended the University of Southern California, but dropped out when the combined workload of school and movies became too great. Although he was working steadily at MGM, his life grew increasingly tumultuous in the late 1940s and early 1950s. In 1948, he was arrested on suspicion of drunk driving.

Scotty Beckett was signed by MGM in 1947, with his first role under contract as Will Parker in Cynthia. He gained the role of Oogie Pringle in A Date with Judy, the film adaptation of the long-running radio series of the same name, opposite Jane Powell as Judy Foster. In 1949, Beckett was featured in the war drama Battleground and the following year he starred as the fast-talking Tennessee Shad in the comedy The Happy Years. By 1950, the success of those three films resulted in expectations that Beckett's career would rise, but it did not. While other actors his age moved into leading roles, his career declined, as evidenced by his small role in Nancy Goes to Rio, again with Jane Powell.

Beckett was married three times and had one child. He married professional tennis player Beverly Baker on September 28, 1949, in Las Vegas. Baker was granted a divorce in June 1950. His second marriage was to model and Actress Sunny Vickers. They married in 1951 and had one son, Scott, Jr., before divorcing in 1957. In 1961, Beckett married Margaret C. Sabo; she would remain with him until his death.

In 1954, Beckett's career took an upward turn when he was cast as Winky, the comic sidekick in the popular TV show Rocky Jones, Space Ranger. Beckett was fired from the series after he was arrested on a concealed weapons charge and for passing a bad check. According to actor Jimmy Lydon, who appeared with Beckett in the Gasoline Alley films and also replaced Beckett after he was fired from Rocky Jones, Beckett earned a bad reputation due to his excessive drinking. Lydon also claimed that Beckett made many enemies because he gambled frequently but refused to pay his gambling debts or repay money that was loaned to him. After being fired from Rocky Jones, Beckett made only a few subsequent TV and film appearances, some uncredited bit parts, before leaving show Business forever.

After more or less giving up show Business, Beckett tried selling real estate, then cars, and twice enrolled at universities with the intention of becoming a medical Doctor. He was also arrested several times for drunkenness, drunk driving, drug possession, and passing bad checks. His first arrest for drunk driving came in 1948, followed by a second arrest in March 1959. In February 1957, Beckett was arrested after attempting to cross the Mexican border with 250 "stimulant pills". On August 14, 1959, Beckett was arrested for possessing four Benzedrine pills. He was released after twelve hours after the county prosecutor refused to press charges. Four days later, he sustained a broken hip and a skull fracture after crashing his car into a tree while driving in West Los Angeles. Actor Jimmy Lydon claimed that the accident left Beckett severely disabled and he had to utilize a wheelchair and crutches for the remainder of his life. In 1962, he attempted suicide after a heavy drinking binge.

On May 8, 1968, Beckett checked into a Los Angeles nursing home to seek medical attention after suffering a serious beating (the circumstances surrounding the beating were never made clear). He was found dead in his room on May 10. He was 38 years old. A note and pills were found, but the Los Angeles County coroner stated that an exact cause of death was unknown despite the fact that an autopsy had been performed. While no official cause of death has been listed, various media reports state that Beckett either overdosed on barbiturates or alcohol, or died as a result of the beating.